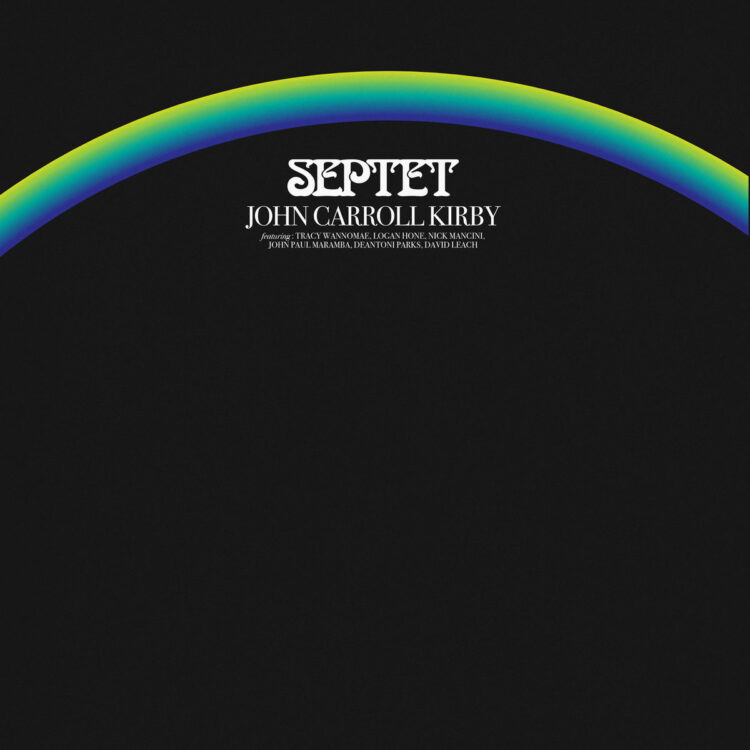 Los Angeles-based composer, producer, and pianist John Carroll Kirby, who has made a strong name for himself over the last several years collaborating with everyone from Solange (produced three tracks on A Seat At The Table, and featured on When I Get Home), and Blood Orange, to Frank Ocean, Miley Cyrus and many others. On top of these high-profile collaborative works, Kirby has also released a number of incredible albums on his own via the Stones Throw label, and he returns with arguably his best album to date, titled Septet.

Featuring eight original compositions and three additional dub versions, this brilliant new album record together Kirby’s synth and keyboard wizardry with cosmic melodies, jazz-funk grooves, and heavily layered horns and percussion rhythms. The album was recorded live, and certainly has a slightly 70s-era jazz fusion loose energy, with each track taking on it’s own “musical-life” in the moment it was performed.

As the self-describing title suggests, this seven-musician session features Kirby on keys, and he is joined by six other superb cast of musicians including Tracy Wannomae on woodwinds, Logan Hone on woodwinds, Nick Mancini on vibraphone, John Paul Maramba on bass, David Leach on percussion, and Deantoni Parks on drums.

From ambient electronic music to neo-soul and jazz, over the last several years, Kirby has shown his wide ranging diversity as both a musician and composer, and this incredible new album continues to expand on those depths and take his music to new orbits and dimensions. There’s no doubt that this double-LP sis one of the best albums of 2021, and should make it’s way onto many of those year-end lists.