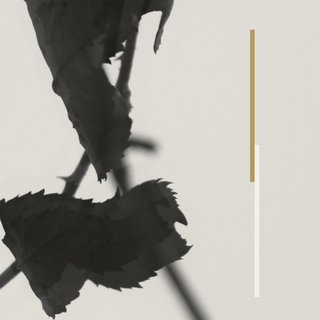 A sublime and quietly hypnotic work belied by steadfast conceptual rigour, “Grafts” is the most ambitious and involving work yet from Kara-Lis Coverdale, her first since 2015.

In three parts of cascading yet plaintive multi-instrumental gestures, “Grafts” expands on the processing and self-temperement techniques explored on 2014’s A 480 into a more encompassing palette. Uncompromisingly distinct while redolent of modal minimalism, 70s, new age, and folk music,“Grafts” effectively blurs distinctions between traditional composition and more open, overlapping genres that hover in the half-light between acoustic and electronic refinement.

Rather than anything grandiose or explicitly seductive, the effect of“Grafts” is best compared with the subtle intoxication of micro-dosing on LSD or the clarity afforded by quiet meditation, in a sense dilating the listener’s focus to a heightened awareness of the piece’s intricate peripheral tones as much as its melodic centre ground, with a beautifully understated, surreal resolution. The piece flickers with gentle optimism, never at random, illuminating unseen spaces that quickly gradient into nothingness.

In both concept and execution,“Grafts” firmly resonates with Kara-Lis Coverdale’s deeply established roots as an improvisational virtuoso and accomplished pianist as much as her academically informed approach to electroacoustic composition that showcases a distinct omnivorous appetite for the digital. But it’s an emotional generosity that proves to be its defining, most intangible characteristic. Never fully coming to a resolution. Lingering on like a slowly dispersing plume of smoke.

CLOSED: The Art Of The Mixtape - Dimensions Festival & MIMS

The RAW HOUSE SUPREME Show - #179 Hosted by The Rawsoul