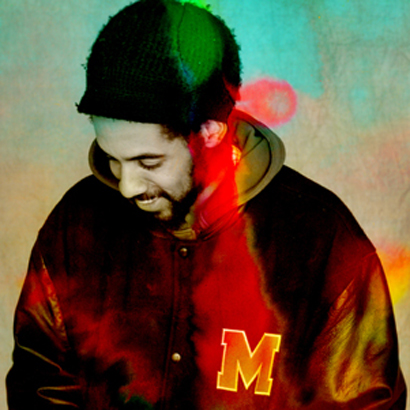 In this music era where accessibility to the tools of the trade have never been more available, it sometimes becomes hard to decipher who are the truly gifted MC’s, Producers, DJ’s and so on. However, one listen at Kenlo and you know he’s something different.

I first heard about Kenlo Craqnuques in about 2008 through good homie Scott C and about 10 seconds in I was totally hook by his organic, personal and quite cinematic approach to his production. Just diving into one of his 6 color themes records (check them below) you really are brought into a little universe.

Kenlo might be “internet famous” – meaning he gets props from everyone from Onra to KidKanevil online – but he has yet to be signed (apart from a brief excursion on Error Broadcast). I really believe the only reason he hasn’t is that : there is just so much clutter out there that it’s sometimes hard to stand out, especially in the beats universe. But most importantly, because to him being on a label it’s not the most important thing in the world. From knowing him personally I know that he’s motivated to do one thing and one thing only: make music and share it. (To this day, all of his Craqnuques records have been distributed for free)

And as if it wasn’t enough that he’s one of the best on the beats, he’s also one of my favorite MC’s. Check him out as part of Alaclair Ensemble, a next level super collective from Montreal / Quebec : Alaclair.com