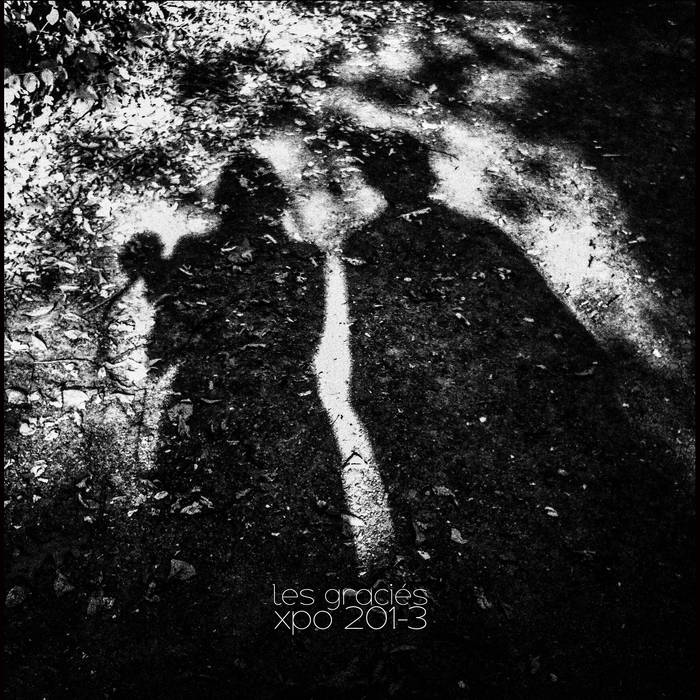 The three song EP, XPO 201-3, released earlier this week, finds Segalen and Porter continuing their conversations about sound via “polyrhythmic, hypnotic groove and experimental beats free of tempo and meter”.

While it is noted that these sessions were recorded from 2012-2013. No dust has settled on these free-roaming percussive ideas.

The nine-minute composition Into Wheel (LG) Version, by Les Graciés, carries a sheets of sound element to it. While the broken beat rhythmic pattern charges forth, two different atmospheric ideas pass the baton forward. It’s not an evolve or devolve move, more of a blossoming or giving away to another cordial and wooly audible. Gaël Segalen and Eric Douglas Porter aka Afrikan Sciences, collectively self-described as the “French-American tandem of a brother & a sister in sound”, play sonic hot potato by exchanging these on the fly phrasings. Operating as low and high-frequency call and response notations until the track evaporates out through a trap door amid a blitzkrieg of sound manipulation.