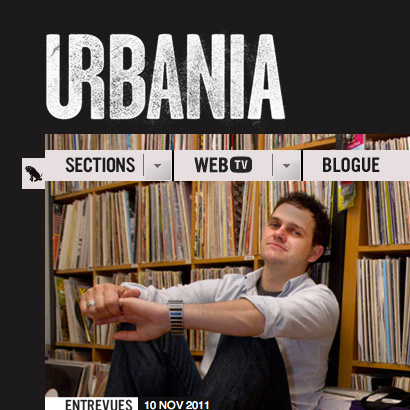 For all the times I do the interviewing, it’s also fun to be on the other end every now and then! So I got interviewed by Urbania, a really great magazine and website from Montreal. : Check out the interview on Urbania.ca 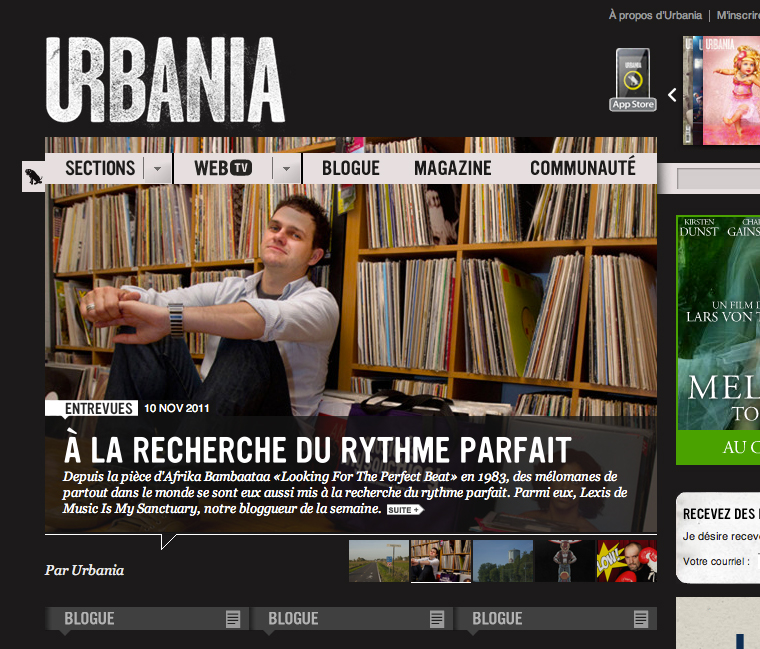 3. Who is your website for?
Music lovers who are open minded and don’t necessarily have the time to research music 5 hours per day.

4. What’s it about?
In terms of musical styles, it revolves mainly around abstract beats, hip-hop, soul, jazz, electronic music, etc … We talk about new discoveries but also dig up some forgotten treasures. Discovering old music to me is as much fun as discovering the new “hype” thing.

5. The thing you despise the most in a man?
Lack of humility.

6. In a woman?
Girls who are interested in the whole “star system” thing, the gossip magazines, Entertainment Weekly, that kind of thing. I can’t talk 10 seconds about that stuff.

7. The era during which you would have liked to live?
I would like to live the seventies (for a day) and look at my father to see what he was up to when he was my age. He was a musician for 30 years so I really see how he lived it, the same passion as me but in a different era.

8. The kind of music you love?
All kinds of stuff. I try to be more open-minded. It is difficult to define and it usually takes me hours of research before finding something I like but it just takes me 5 seconds of a song that I like it.

9. You hate?
The purist attitude. Music (or art in general) is really the worst approach to have. Listening to just one style of music, would be like claiming to be a cinephile but to just listen to Hitchcock films. There’s good and bad in all styles of music (ok, a lot very bad). Having a purist attitude just deprives you of wonderful discoveries.

10. Your biggest fantasy?
Musical fantasy? Hmmm, It would be programming the party of the 10th anniversary of Music Is My Sanctuary (at that time, I hope to be living form it) The line-up would be something like this: Jose James backed by The Roots, a duo with NWA and Dam-Funk on the keytar, Little Dragon, a beat battle between Jay Dee and Flying Lotus, the return of Tribe Called Quest, all the Montreal artists I love and you end it all with a roller-disco with DJ sets from Moodymann, Spinna and Kenny Dope … Nice and quiet evening!

12. Male?
I think Javier Bardem is quite the dude… I can’t compete with his level of “Manliness.”

13. The horror film in which you would like to find you the least?
The Shining. Although riding around a huge hotel on a big wheel must be nice.

14. Ant or a grasshopper?
Definitely Ant. I’m quite a workaholic.

15. Your favorite curse word you like to yell when driving?
I don’t drive but I got hit on my bike once and I flipped out on the driver. I ripped the mirror of the car … But in general, my favorite curse word  is “tonnneeerre.” But it’s gotta be said with a pretty thick Haitian accent or it doesn’t really work.

16. You can spend 5 minutes with a celebrity of your choice, which is it and he say?
I’d like to have a drink with Q-Tip from A Tribe Called Quest. Tribe is the group that has most influenced my youth and I feel that his voice has been following me around since I was about 14.

17. Your first thing in the morning?
Fill my iPod for my ride to work.

18. What do you get from your website?
To the joy of sharing discoveries with people from around the world. I know it’s a cheesy answer but it’s true. My site also revolves around my monthly radio show and it’s a medium  I’ve always loved. Radio just creates a proximity with the listener that you can’t get with the internet. Knowing that people listen to the show from all over the world in different contexts is pretty awesome. I actually just sent MIMS T-shirts to Montenegro yesterday!

19. Series or movie you watch shameful secret?
I’m not very into TV series but since I’m a closet jock  I love football movies, always cheesy and really unrealistic. I hate all the talent-show singing shows but I love “So You Think You Can Dance” because I know nothing about the technicalities of dance but I can appreciate it.

20. You are in front of Barack Obama, that you ask him?
I’d ask if he wants to play a little game of basketball. I’m pretty sure I could take him.

21. What Quebec personality inspires you the most?
… Or rather inspired: Claude Rajotte. When I was a teenager and Musique Plus (TV channel in Montreal) was still worth something he was the first music journalist who made me discover a lot of independent and weird music. He was my first example of a music nerd.

22. A profession (other than yours) you would have liked to do?
I played football for 13 years, so let’s say it’s been my life for quite some time. I played professional football in Europe, but sadly it’s not a job you can do for a very long time.

23. How do you spend the last night of the world December 21, 2012?
My mother has a cottage about an hour away from Montreal’s it’s really quite wonderful. A very quiet lake. We ‘d spend a wonderful evening with good music, good food, friends and lots of Poire William.

24. How would you like to die?
From an ice cream brain freeze … More importantly, I leave with good music. My nightmare would be dying in the taxi with David Guetta playing on the radio. It would be horrible to leave with a bad soundtrack …

25. If you had to declare your love for your readers in a nutshell …
My site is really not meant to push my  musical “authority” to people, like say Pitchfork for example. It’s a site meant to share discoveries like when a friend told us to read a particular book. So I’m super grateful for all connections that are made with people around the world, and that’s what gives me energy to continue! Music Is My Sanctuary is a big family (single tear) … 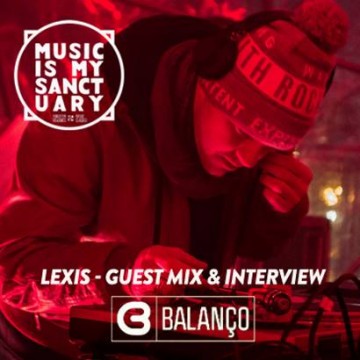 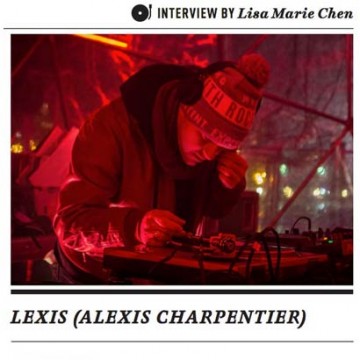 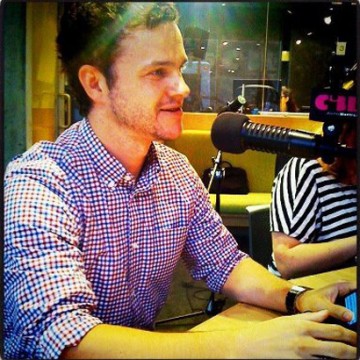 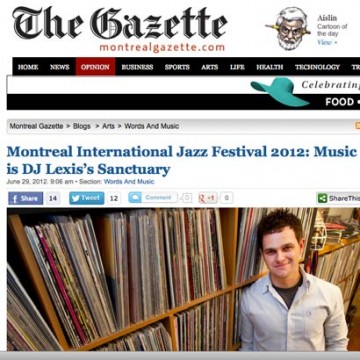