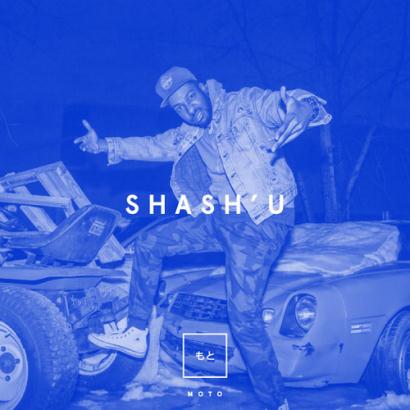 via MOTO MADE: “Always in control and strength, Shash’U is the first guest DJ to our mix series with local and international DJs and producers. Featuring the craziest remixes, these head bangers will definitely give you a sore neck.

At the beginning of his career, Shash’U used to make mixes for the metropolis’ urban dancers. Being an excellent dancer himself, street dance became one of his main source of inspiration. Now Shash’U is the official DJ for one of the largest urban dance competition in the world Juste Debout held in France. Meanwhile, the producer accumulates perfectly executed beat tapes and got his name on legendary Kutmah’s Worldwide Family Vol.2. Montreal raised Shash’U is not overlooked on the international scene; it is through his neck cracking music that he carries the Montreal torch.”