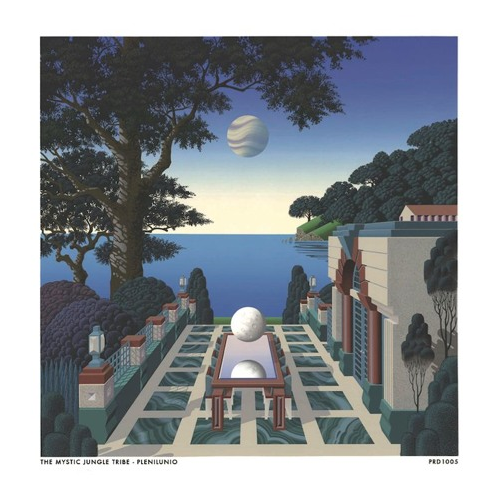 via Periodica: “Plenilunio” is a resume of The Mystic Jungle Tribe’s influences, past and present musical journeys.

This record is a statement more than a selection of tracks, it tells where Mystic Jungle and his Tribe are coming from and where they’re heading with their compositions, whether it is oriental flavoured jazz-funk or no wave acid disco and all in between the aesthetic always remains loyal to the principle.

“Brilliant hybrid styles from The Mystic Jungle Tribe sounding something like a Fourth World take on Prince’s Black Album or Sade’s Promise; squashed funk, layered sax, battered drum machines – you get the vibe. It’s one of those records that could have been recorded at any point in the last 35 years, hard to tell if what you’re listening to is an archival find or some properly smart modern appropriation, suffice to say that if you’re into PPU, Music From Memory or the nether regions of Prince’s Vault, this one’s worth snapping up on the double.” –Boomkat