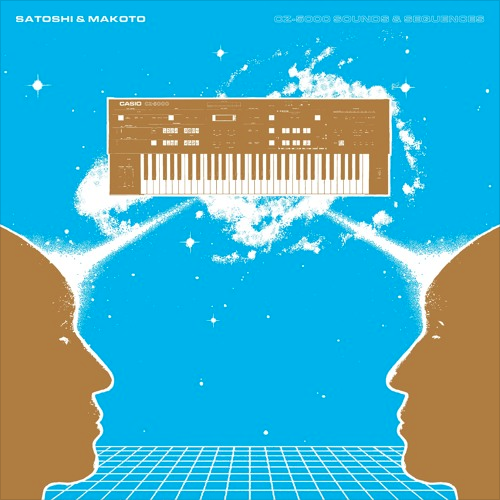 via Delsin: We write to you with the conclusions of our investigation into the synthesized audio transmissions picked up by the deep space telescope at irregular intervals since 1986.

After many years, we pinpointed the source of the ear-pleasing frequencies. they were being transmitted from a secluded building in Kawasaki, Japan. A key to their origin was found on the video-sharing site, YouTube.

When we visited the building, we discovered identical twins, huddled around a synthesizer manufactured by the Casio Corporation. The twins told us that their names were Satoshi and Makoto, and that the synthesizer model number was CZ-5000. We were still puzzled about the music we had heard, which was largely ambient in nature, positive in tone, and possibly extra-terrestrial in origin. Under interrogation, Satoshi and Makoto claimed that they had created every melody, drumbeat and musical phrase using this one piece of Japanese-made musical hardware.

We doubted their version of events, so asked for a demonstration of their working method. Once they had shown us how they shaped, played and sequenced sounds, we accepted that the transmissions we had received were indeed created entirely using the CZ-5000. Satoshi and Makoto said that the audio transmissions we were investigating had been mostly been created throughout the 1990s, under the influence of early Japanese techno, The Orb, YMO, Kraftwerk, and “lots of soul”.

We asked to be provided with a collection of these transmissions, which had never before been made available to the public. Satoshi and Makoto kindly provided us with a compact disc, on to which was scribbled the code “ST006”. We believe it is in the public interest to make these remark-able synthesizer compositions available for wider research. We have therefore passed them on to the Safe Trip organization. They will make suitable arrangements for public release.