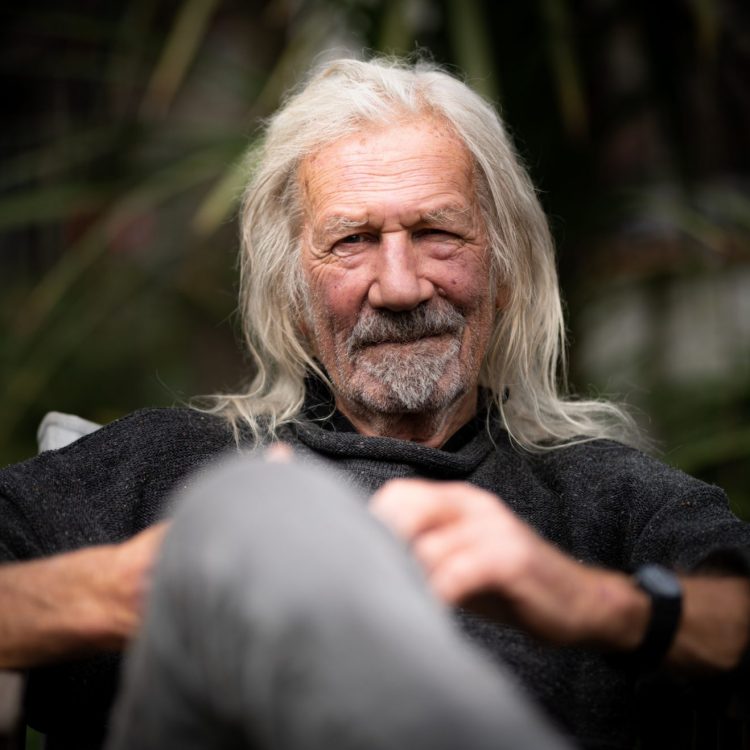 Today we’re pleased to host the apocalyptic, frenzied video which does well to capture Rimbaud’s ambitious creative vision; an album as vivid in it’s imagery as it is deft in it’s subject matter and intriguing in execution

A fiction constructed by Penny, out of interest as to the possible outcome, places the French poet Arthur Rimbaud (who died in 1891) at the historic and tragic battle of Verdun in 1916. The idea being that Penny found something to be explored in the possibilities of the young vagabond and his perception of such drastic events.

“Truth is, I landed him there because I was fascinated to know just how this greatest of French poets might cope against the enormities of war” he tells us, “I wondered what lessons would be learnt which could then be conveyed to a planet still so obsessed with conflict, grief and suffering.”

Taking influence from the sounds of John Coltrane and the visuals of Jackson Pollock, Penny ventured into the unknown with his idol and namesake to bring us a truly unique high-concept album and gripping tale of death and romance.

“I shared his humour and his sorrow, his passion and his poetics, albeit sometimes tiring of his obsessions” Penny ruminates. “How many times must he have cried ‘look’ regarding something that I simply couldn’t see. ‘Over there. Look, look, over there,’ where to me there was only darkness and death. When most fatigued, he’d often call me Paul, but most times I was too tired to respond. But love we did, fed by flares, shattered by shells, blistered by the blasts, arm in arm ‘til arms there were none. Although most of those who we met along those turgid tunnels of death might at one time or another have fallen for self-pity, Arthur would have none of it. Anything and everything could be retranslated to challenge bourgeoise conceits or reformed to defy materialist dogma.

We were lovers. We were friends, sublime in our kinship, but I have a strange feeling that neither of us survived the terror of Verdun. Together we wallowed in the mincemeat scrunch of gore and bone and torn flesh, not knowing which of us was what, and never mind the who that was so cruelly unified as one within the squelch. Yes, we were detritus, and in that we found ourselves and each other. The void was complete, and another dawn broke above the carnage.”

Dark and vivid jazz-infused ambience is punctured by Penny’s spoken word lyricism painting pictures of the chaotic experience of World War 1. Maniacally delivered readings are ruthless in their detailed realism, not only well researched but so convincingly told it’s easy to forget it’s a narrative. Exceptionally realised, brutal at times and incredibly poignant in others, ‘Arthur Rimbaud In Verdun’ is unlike anything else in subject or sound.

Penny is joined by a host of revered saxophonists that helped him to complete his vision. Evan Parker, recognised worldwide as one of jazz’s most respected players. Ingrid Laubrock, now a resident in New York and fast becoming a major voice as a highly inventive freeform player and as a composer. Finally, Louise Elliott, who stands as an outsider having come to jazz through the sensitivities of classical training mixed with punk and all its raucous sense of attack. The three players together make for a staggering display of sax pyrotechnics matching Penny’s multidimensional poetry and dramatic approach to performance.

In 1977, alongside Steve Ignorant, Penny Rimbaud co-founded seminal anarchist punk band Crass, who disbanded in 1984. Up until 2000, he devoted himself almost entirely to writing, returning to the public platform in 2001 as a performance poet working alongside a wide variety of jazz musicians. In 2003, together with Crass vocalist Eve Libertine, he founded what was at first known as ‘The Crass Collective’, then ‘The Crass Agenda’, then ‘The Last Amendment’ and finally ‘L’Académie des Vanités’ – a loose collective of jazz musicians, artists and filmmakers who shared Rimbaud’s lifelong interest in progressive, improvisational art. Rimbaud, a veteran of avant-garde performance art groups such as EXIT and Ceres Confusion, not only co-founded Stonehenge Free Festival, but he also founded and, along with Gee Vaucher, to this day runs the legendary anarchist/pacifist open house Dial House in Essex.

Jean Nicolas Arthur Rimbaud was a French poet known for his influence on modern literature, particularly surrealism. He produced the bulk of his literary output during adolescence and young adulthood and stopped writing at the age of 20. Rimbaud was known to have been a libertine and a restless soul, having engaged in a hectic, at-times-violent romantic relationship with fellow poet Paul Verlaine, which lasted nearly two years. After he stopped writing, he travelled extensively on three continents as a merchant and explorer, until his death from cancer just after his thirty-seventh birthday.