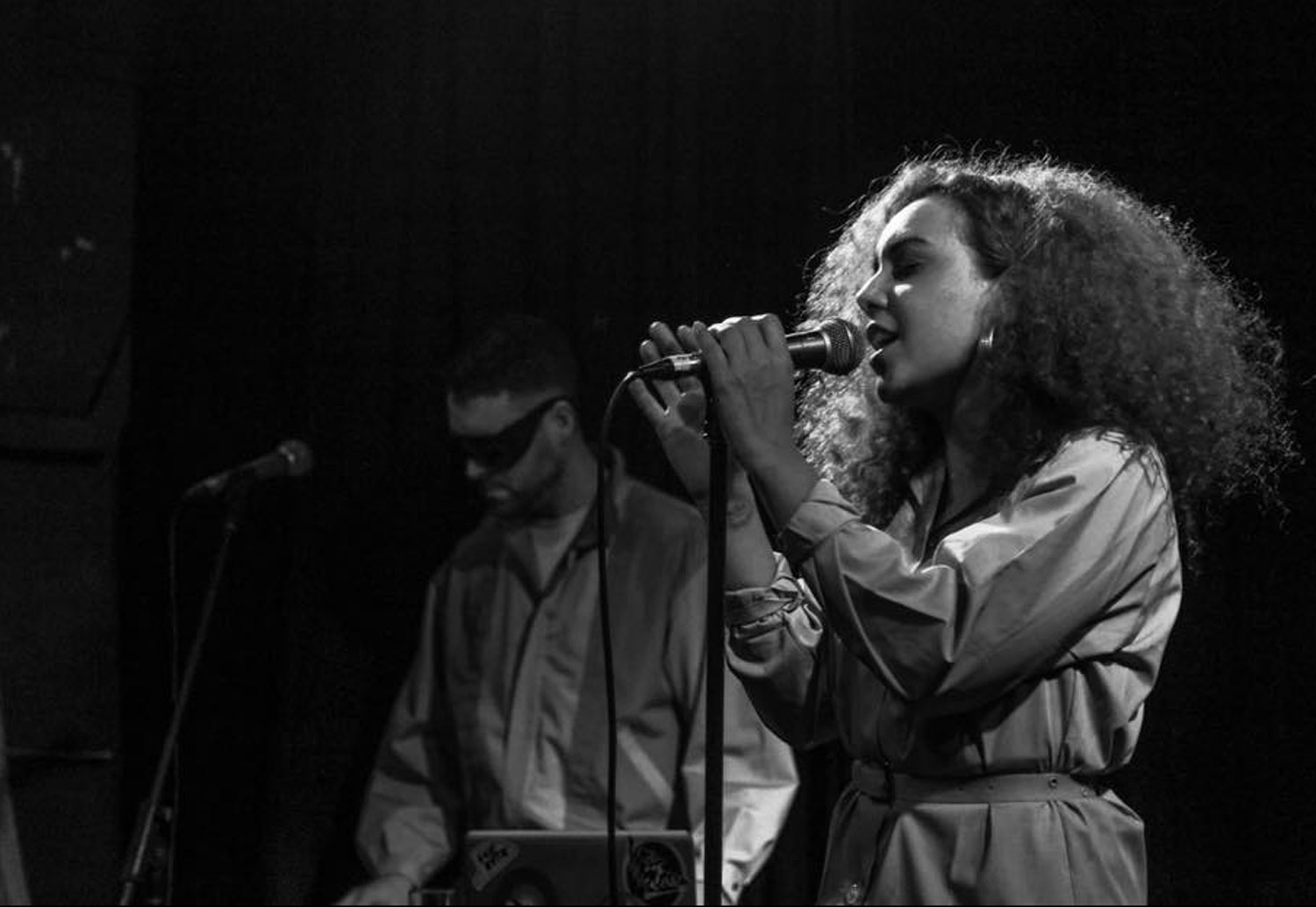 Fresh off their brand new EP “So Good To You”, I’ve had the opportunity to chat with one half of the Australian Funk duo Silver Linings, topics ranging from their latest release, collaborations/productions under other monikers, and the Australian Modern Funk scene.

I was really looking forward for this project, on the strength of the first single, the title track. This is wonderful 7 track project, filled with 2-steppers, ballads & love songs.

Today, we’re premiering the 2nd video of this EP, a smooth jam called “Waiting For Your Love”.

First of all, I’d like to congratulate you on your newest EP, how did the album launch go down in Melbourne?

Thank you! It was such a great night – all the right people came through and it was our second time playing as a four-piece band. Françoise and I had Lachlan Peavey (who does bass guitar on the record) and Peril from legendary Australian group 1200 Techniques join us on percussion. The sequined tux’s came out and Fran decorated the stage with sparkling shapes and lightning bolts. No one will forget that night in a hurry!

How did the collaboration with Françoise start out?

The first time I met Françoise she was performing with Amin Payne, jamming along with his live set at their residency. I’d been invited to DJ and was blown away when I heard her sing! I was finalizing Freekwency’s “Seal The Deal” album at the time and invited her to record on the opening track “I Can’t Help Myself”. I couldn’t believe how quickly we got a result (something like 3 or 4 takes) and even crazier, I only recently found out it was her first ever recording session.

Not long after this I made plans to move to the UK and start Gulf Point Records. I wanted to submit the first record before we packed up the studio so I called Fran again and recorded the track “Sleepless” along with vocals that Ale Chambers had already sent me from Florida. This became the first Silver Linings release… but don’t ask me how I chose the name – I have a long list I’m working through haha.

Speaking of collaborations, you’ve been pretty active under many of your other monikers, can you break ’em down for us? What differentiates Silver Linings from Freekwency, for example?

When I began producing, I remember being immersed in the concept of interchangeable projects and productions. In the way that Leroy Burgess was part of Aleem, Intrigue and Inner Life… or how Nick Martinelli was able to produce for Loose Ends, Harold Melvin and Stephanie Mills using the same studio, was the way I wanted to run my business. This was the concept behind Secret Heat Music – not a label but a ‘stable’ where different projects could be born but share the same flavour.

I think another factor to me chopping my limited productions into pseudonyms was the lack of any real avenue for new music of this type at the time. It was 2008; deep house was back, the ‘edits’ movement hadn’t touched Boogie yet and PPU was only just getting “Danger Zone” onto the press. If I could release three records under three different names, it made this mirage that a lot more was happening than what actually was haha.

The differences between each were originally very clear; Freekwency was my solo project and Nite Class was my first band, for instance. But now the projects are all circumstantial depending on whom I work with or what I want to do with the music. High Accord was myself and my buddy Inkswel. Splendour was a ‘disco illusion’. Silver Linings is me and Francoise and anything we work on from here. 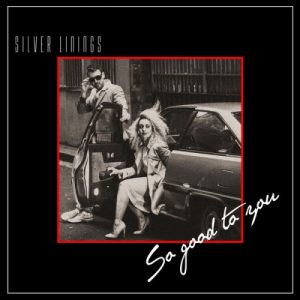 How’s the Funk scene down in Australia? From an outside point of view, it looks like it’s pretty active?

Things are really jumping down here at the moment and Funk vibes are strong in lots of it. There are some great Melbourne groups from a similar strain as us, such as Au Dré and GL – Graeme of the later also produced a slamming Boogie album for Kylie Auldist on Freestyle Records recently.

There’s Harvey Sutherland and his jaw-dropping Patrick Adams-esque disco ensemble Bermuda; The Goods out of Sydney sounding like an early and dirty Inkswel – who is also back on home soil and churning out new stuff all the time; plus Adelaide’s Olmos on some 1985 Paul Hardcastle tip – he’ll be making his next appearance very soon so keep your ears out.

What have you been listening to lately?

Working at a record shop I get to hear a daunting range of music. A few of my favourite records this year have been “Two Cities”, incredible new Australian Jazz by Brenton Foster, Amin Payne’s “Saffron” EP is next level, pretty much everything Jakarta has put out lately, plus Googie & Tom Coppola’s “Shine the Light of Love” is one of the most deserving reissues I’ve heard. Most of my digging lately is for independently released stuff from the late 70s through to the 90s – lots of gospel, dub and private press soul. Not all of it is great, but I have a soft spot for records that clearly show some love went into making it.

For me all the ideas that end up as songs happen outside the studio. I can track drums and program cool noises all day, but unless I have content to propel those sounds beyond a simple sequence then it’s easily to get stuck. It only takes one magic moment, or sound or thought to change all that, and over time I’ve gotten better at sending my brain to places rich with inspiration. Once that’s done it’s the fun part of deciding whom I’d like to do vocals, play certain bits or what else can be done to make the song unique.

And your instruments, techniques, preferences?

I started out with a very simple setup, layering samples over cheap drum machines and using midi for pretty much everything. Now I have more options and the ability to play my ideas naturally. For expression the DX-7 just wins every time, even if the notes end up going to another sound source. I rely on my Oberheim DX to sequence most tracks now, but have other earlier or later machines depending on the sound I want. I also include as many organic elements in my recordings as possible; BGV’s, percussion, and tape noise are in just about every mix – this offers little sonic surprises that you never could have planned.

What can we expect from Benny Badge for 2017?

There’s plenty on the horizon for Silver Linings, so it looks like next year will be about taking our shows beyond Australia and getting our next album out there. In terms of productions, I plan to focus a lot more on talent-building and expanding Gulf Point’s roster. This ties in with “The Beats Below”, a creative space & studio that myself and DJ Aux One are building in the Melbourne subway. The number of DJs and musicians coming up versus the amount of studios, resources and workshops to cater for them is at a huge disparity, so from January next year we plan to address this! 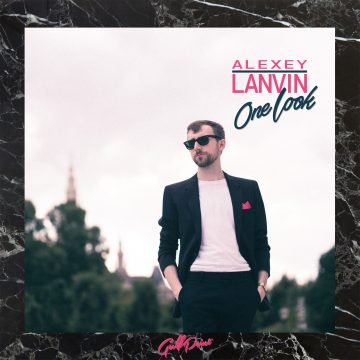 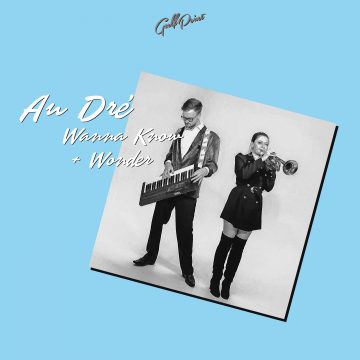