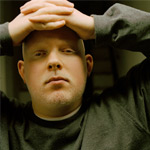 Lexis: Thanks for your time man, I think you just started the BREAKIN DAWN tour right?

Brother Ali: First show was last night, really good start to the tour man. Sold out show. We got my DJ BK-One with us and Fashawn.

Lexis: Can you just tell me real quick how you ended up with the Rhymesayers family.

Brother Ali: I mean all of us from that city, we all grew up our hole lives listening to hip-hop so it was only natural that we all hooked up at some point. I did everything myself when I was a kid, been making music since I was 13 and I met these guys when I was about 20.

Lexis: Can you tell me what music growing up other than hip-hop did you listen to

Brother Ali: To be honest really nothing other than rap until I was in high school when I started out in production and I wanted to get more in depth with the music that people were sampling and thats when I started listening to Blues and Soul.

Brother Ali: It’s really up to people and how much they wanna get out of music. I think most people have a really cheap relationship with music, they listen to just whats new… which is fine but if music truly is part of your life then you should explore and be more open minded.

Lexis: Seems these days theres a lot more pressure on artists to come out with releases faster. Do you think artists sometimes feel pressured in releasing an album and three mixtapes a year…

Brother Ali: I don’t feel pressure but yeah you’re right, the climate is definitely different and its the norm to come out with more releases and projects. But I don’t think its a bad thing to have high output just as long as the quality control is there. And i’ve done both. In between Shadows of the Sun and Undisputed Truth it was about three years. I know because I put my music out and then I tour it until its time to make the next thing.

You can tour a project for about a year and a half, if people love it, two years maybe but you can only go to cities with the same material so many times but it starts to get a little repetitive. I know that the third year of touring that album was no fun… so I never want to hit that third year again. It was two years between Undisputed Truth and Us, so that’s about what it should be.

Lexis: Can you tell me of a memorable hip-hop show outside of the usual hip-hop circuit.

Brother Ali: I mean it happens all the time. My career is built on having success in places where you wouldn’t associate with the major hip-hop cities. You know what I mean, I played in Fargo last night! There’s way too many to name just one.

Lexis: But still, are you surprised sometimes by the reception you get in cities like Osaka, Paris, Amsterdam

Brother Ali: Nah i’m not suprised by that at all. In Europe, they appreciate music more. They care more about the meaning of things in general. Here its all very fast food culture. Just get something that tastes good and the second you’re done eating it who cares how you feel when you’re done.

Brother Ali: I like it because interacting with the fans is one of the parts that I really like about all that social media thing. I want my fans to see as much of my personality as possible.

Lexis: Yeah, I just learned that you do streaming broadcast right?

Brother Ali: Yeah I just did one that was three hours long a couple days ago. It’s pretty simple it’s just kind of like a webcam and chat setup so everyone can type their questions and i’ll answer them live. All the reruns are on www.BrotherAli.com. Actually the front page of the website right now is everything that has to do with the tour. Go check it out!