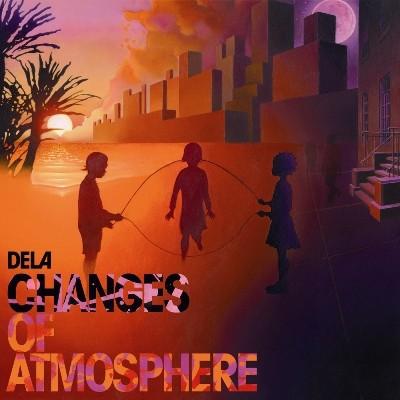 I first heard of Dela from the Fatbeats, NYC and the UndergroundHipHop.com stores which I frequently check for new stuff. He had 5 songs in the top 10 of UHH so I figured it was worth a listen… damn, was it. After telling my friday night Blizzarts compadre Sevdee about my latest discovery he tells me, yeah… the guy is French and lives in Montreal! (thanks for keeping the secret to yourself idiot!)

After checking out the record and buying it on FatBeats I was astounded by the consistency of the record, there are about 8-10 standout tracks on there. It does definetly fall under 90’s sounding hip-hop jazzy stuff but it doesn’t really sound like a copy of a ’96 Pete Rock record either… it’s the kind of record that is just dope, like when you heard Little Brothers’ “The Listening” for the first time. I can’t remember one non-US producer album getting such a star filled line up: Blu, Large Pro, Elzhi, Les Nubians, Talib Kweli, J-Live and so on.

I did a quick studio session with Dela where he made me listen the stuff he’s working on… hawt! We are also supposed to do a BEAT TAPE night at Blizzarts shortly so keep posted on that.

the making of “Won’t do” a Dilla tribute