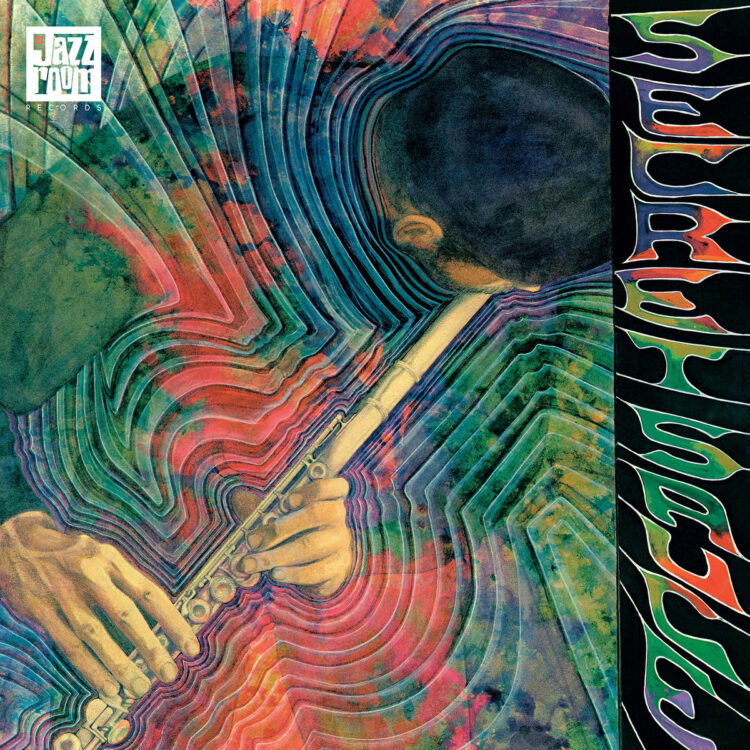 Our Forgotten Treasures features have been a little thin on the ground of late but as the year draws to a close it feels more than a little apt to highlight a couple of our favourite reissues and rediscoveries from the past twelve months. High among the contenders has to be this stunning album by jazz flautist Eric Ghost, called ‘Secret Sauce’, lovingly shared by the prolific Jazz Room Records, led by the legendary UK jazz DJ, Paul Murphy.

Six songs full of hot improvisation, groove and whatever that thing is people like to call spiritual jazz, there I said it, that has drawn deserved comparisons to Jeremy Steig, of Beastie Boys sampled “Holwlin’ For Judy”. The core of the album is built around Eric Ghost’s obvious chemistry with Canadian drummer and percussionist, Jim McGillveray, who’d go on to play with Paul Horn, fusion band Skywalk and surprisingly Metallica! Their first duo pairing, “Oliver Snagnasty” is an album standout. An irresistibly infectious jam with a hint of “Freedom Jazz Dance”.

One of two bassists on the record, Tom Hazlitt rounds the outfit up to a trio on the freakout title track “Secret Sauce” and Eastern tinged “Bizarre Bazaar”, whilst bassist Lincoln Goines, most familiar today as a regular member of Dave Valentin’s band, and pianist Bob Murphy complete the quartet, as heard on double opener, the modal must-hear head-nodder, “Orangeland”, and the deep, transcendental “Pakakrakatoa”.

Little appears to be known of Eric Ghost but what is known just makes us more curious. Just three albums, tiny pressings, a self-release, their rarity is renown and unearthed copies demand hefty fees. It’s reported that he was very close to contemporary flautist Jeremy Steig, and the psychedelic undertones of the cover might be more than show, with stories of a 7-year conviction for LSD Manufacture shortly after this recording – apparently he even invented the practice of using highly absorbent blotting paper in the distribution of LSD.

Released with the original stunning and colourful artwork and corrected track order, Jazz Room’s edition of ‘Secret Sauce’ is an essential purchase for fans of funky and free jazz.