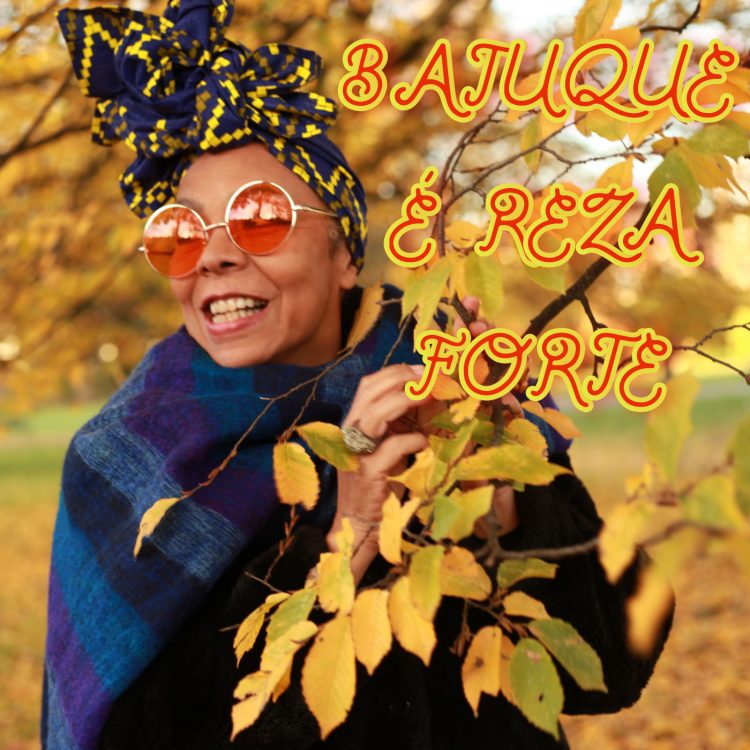 About “Batuque é reza forte”, Arícia says: “I have a radio program on internet, I spent the last three years travelling in Europe singing, doing shows and recording interviews in Berlin, Paris, Portugal and London. When I was in London I met Dona Onete for one interview, but she fooled me into it (LOL). She started talking about something else, about my work as a composer, she started singing melodies, saying that she was doing it for me! That is the recording that you hear at the beginning of the song. I ask her: “are you composing this song now?”. She replies: “that’s for you!” Then I scream! So, there was no interview, and that’s how Batuque is a Strong Prayer was born. I took the parts when she sings and used her voice in the recording (with the freshness of the moment of composition); the rest of the song I composed later while traveling through England. The recording of that moment, when she sings and improvises extracts of the song is what makes Batuque is a strong prayer a jewel.”

“Queen of psyco-quilombolas, radical batuques…Afro-shock-chic”. Brazilian with righteous black pride, Arícia sings in praise of the natural forces of womanhood, notably the Afro-Brazilian woman. In her own unique way, she recreates the links between Africa and Brazil. Aricia has a peculiar yet powerful, refined and captivating voice.