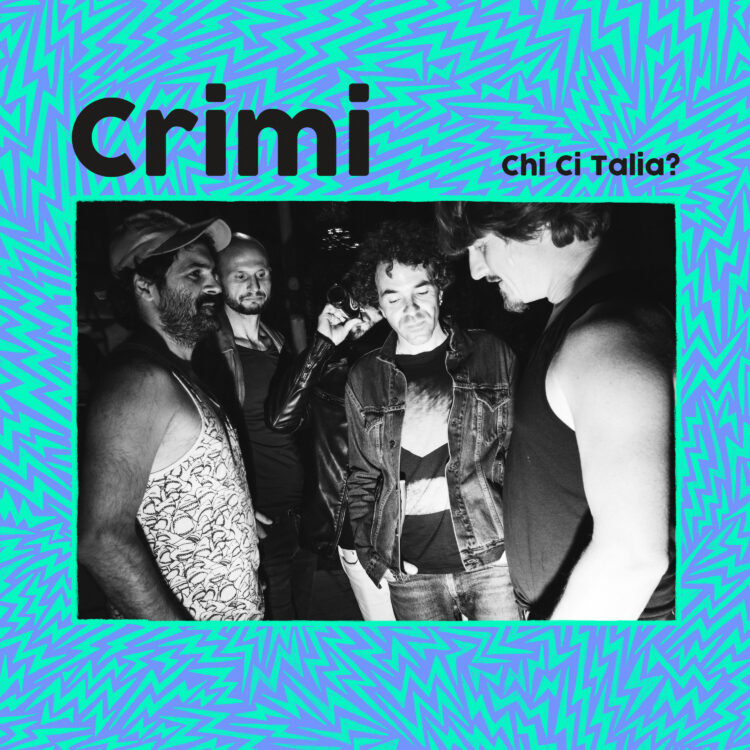 Another exciting premiere today. Crimi share a fresh sound for our ears with “Chi Ci Talia?” a hot Mediterranean stew of funk, rock and more.

The band’s background and pool of experience is fantastic. Formed in 2018, Crimi finds Julien, a musician with over 20 years experience, collaborating with a brand new trio of players. However it is the singer & sax player’s past ventures that combine to explain how he hit on this sound specifically his work with Mazalda, from Lyon, who evolved from jazzy pop oddballs into a drum-heavy live dance party with their own fifty-speaker travelling soundsystem, the ‘Turbo Clap Station’.

In recent years, they branched out into raï – first meeting Algerian singer Cheb Lakhdar and backing him in a series of concerts, and later recording an album, El Ndjoum, with Sofiane Saidi, a star of raï’s new electro-wave who’s also featured with Parisian duo Acid Arab. (Mazalda and Sofiane proved their mettle by playing the Algerian city of Oran, raï’s spiritual home, in early 2020.)

Meanwhile, Julien also performed with La Squadra Zeus. Although from the Alpine town of Chambéry they dedicated themselves to the traditional folk styles of southern Italy, nearly 2,000 km away, with Julien playing Sicilian flute and Calabrian bagpipes in the trio.

Julien learned so much about this music and its relationship to the region’s culture – including, ultimately, the realisation that he wasn’t cut out to play these trad arrangements in straight fashion. Be that as it may, the musician envisaged potential new soundclashes, and the first stirrings of what became Crimi were in his rewirings of three traditional Sicilian songs which appear on the forthcoming album ‘Luci E Guai’.