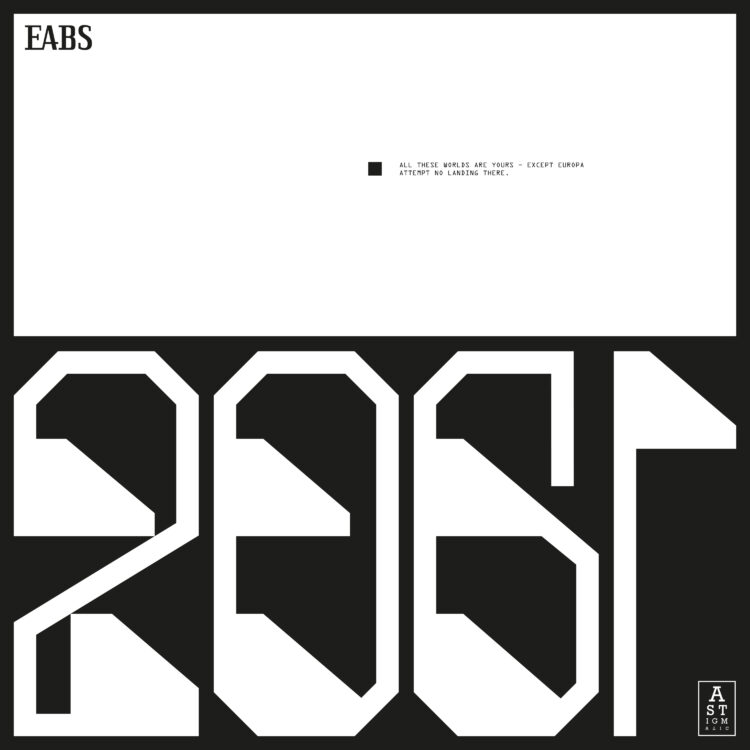 Latin-tinged jazz grooves with a modal edge on “Dead Silence” from EABS forthcoming ‘2061’ album on Astigmatic. Another essential release from our favourite Polish jazz ensemble.

If one was to interpret the whole output of EABS in general, an inquisitive listener would notice that each subsequent album stems from the previous one. The overtones are similar and they can be treated as variations on the same theme. The only thing that changes is the background of the story. It is all about life and death, the beginning and the end of the world, and the role of human beings entangled in all this existentially. Following the futurism lessons from Sun Ra, the band travels to the year 2061, continuing their mission in space in the company of a living legend, Jan Ptaszyn Wróblewski.

“ALL THESE WORLDS ARE YOURS – EXCEPT EUROPA. ATTEMPT NO LANDING THERE.” – this was the ominous message from the mythical Monolith of Arthur C. Clarke’s 2001: A Space Odyssey. The quote became a metaphor for the situation the EABS crew found themselves in when the pandemic hit. It was not only Europe that became inaccessible, the whole world shut down. A reflection emerged that only empathy and cooperation could save humanity. We will not be able to face the greater threat that may come from the outside together by fighting wars among ourselves on Earth. A similar analogy can be seen in Arthur C. Clarke’s book series, which was made even more famous by Stanley Kubrick with his iconic screen adaptation, 2001: A Space Odyssey. Released in 1986, the third part of the series has served as an inspiration for the fourth EABS album titled 2061, a soundtrack to the film that hasn’t been made yet.

2061 will be released via Astigmatic Records in digital, CD and LP formats, in both regular and limited editions (including white vinyl and a B2 poster designed by Patryk Hardziej).