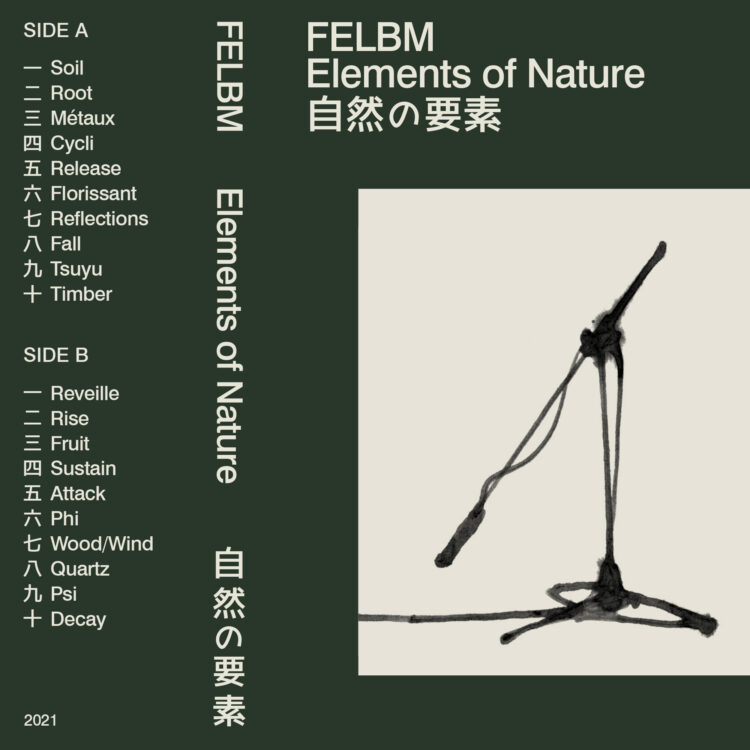 “Cycli” is taken from ‘Elements of Nature’, the forthcoming project by Felbm, due to be released on a limited edition cassette in November 2021. The 150 cassettes will be accompanied by a riso-printed book with photos and drawings by illustrator and long-time Felbm-collaborator Joost Stokhof. Continuing the careful crafted physical and visual aesthetic to Felbm’s releases.

Each side of the cassette contains 10 interwoven tracks that were initially written and recorded during a two week residency at Buitenplaats Doornburgh, a former monastery near Utrecht (NL), known for its contemplative and sober architecture in “Bossche School” style. The compositions and recordings are inspired by patterns and textures found in the woodsy park of Doornburgh, as well as by the architecture of the building itself, which happens to be inspired by ratios that appear in nature.

The music is performed with only natural elements in the form of acoustic instruments: metal and wooden percussion, acoustic guitar, bass ukulele, cello, flute, saxophone and more, which were captured on 4-track-cassette, in some cases manipulated with outboard effects or combined with field recordings from the residency period.