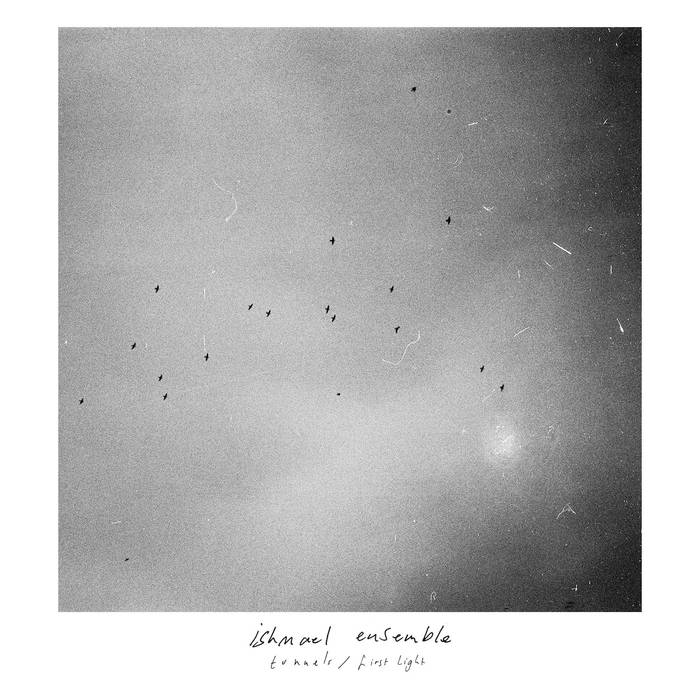 On 26th October multi-instrumentalist/DJ Pete Cunningham and cohorts aka Ishmael Ensemble present “Severn Songs 2”, the second in a 7” vinyl trilogy inspired by Bristol, its surrounding regions and, as the title suggests, the River Severn.

The “Severn Songs” series marks Cunningham’s most ambitious project yet. Prior to expanding into a varying collective of musicians, Cunningham recorded and released solo as simply Ishmael, which built a promising foundation that saw releases on Wolf Music, West Friends and Church. “Severn Songs 2” holds two tempos, starting with the more upbeat ‘Tunnels’, and then slipping into a slower and more mindful space with ‘First Light’, featured here.

These two tempos are tied together with an underlying pensive and thoughtful thread. In the liner notes, ‘First Light’ is playfully described as “a moment of spacious solitude shared only, as Cunningham pictures it, with ‘swans fighting over polystyrene chip boxes’ in the canal below”. The 7″ as a whole gives a nod to Jazz music that has come before, but approaches the genre in a more forward-thinking manner, seamlessly incorporating electronics and resamples in order to fully fill out the compositions.

Overall, Pete’s ability to paint such visuals with the group’s wordless sound makes the music something more personal and resonant, and leaves a hint of soon-to-be-answered questions about where “Severn Songs” will flow to next!