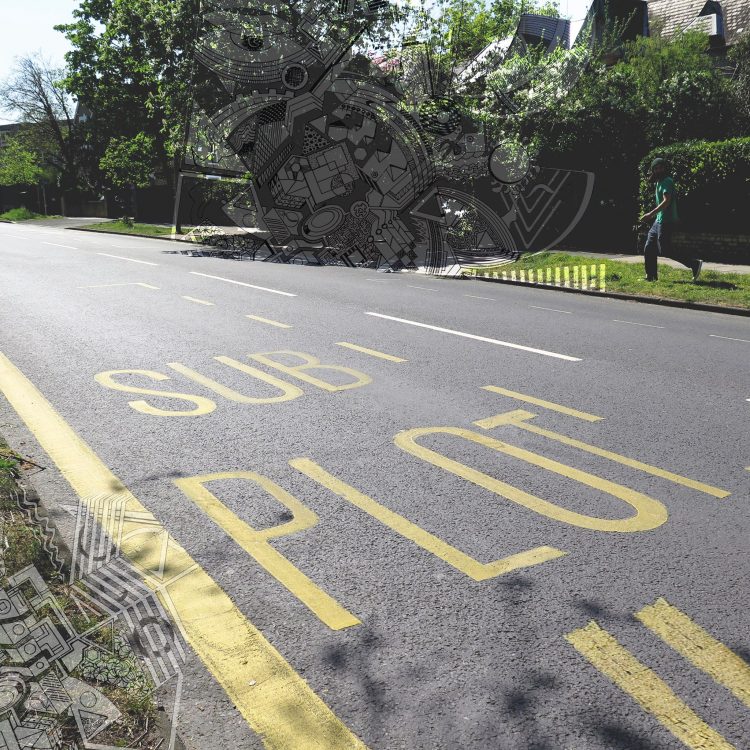 A label very close to our hearts, Albert’s Favourites, invited us to have an early listen to their forthcoming Bandcamp-only release – ‘Sub Plot 2’, by label co-founder, DJ, producer, musician & graphic artist, Jonny Drop. Suffice to say, we fell in love with its mellow vibe, and picked this optimistic slice of summery soul, “Love Will See Us Through”, to share with you on this exclusive premiere.

“Sub Plot 2″ follows in the footsteps of Albert’s Favourites first release and Jonny Drop’s beat-tape debut, ‘Sub Plot’, a hugely popular journey through the DJs record collection, sampling and cutting in his unique style. Since then, Jonny has released his debut album proper, ‘The Only Sound’, featuring Eric Boss (Pendletons/Myron & E) and Tamar Osborn of Collocutor, he has powered the rise of the jazz funkers The Expansions from behind the drums, and released a sample-ready drum breaks LP via the King Underground imprint.

Since isolation stalled work on his forthcoming vocal collaborative album, Drop turned his attention to this second edition of ‘Sub Plot’, producing 25 tracks of dusty, crunchy vinyl cut-ups and twisted flips. Spanning from disco and boogie to R&B and vintage, cinematic atmospherics.

In Drop’s own words ‘Sub Plot 2″ is a beat tape created in the first month of the Covid-19 pandemic. To be filed somewhere in between original beats and an elaborate DJ mix, this next volume in the subplot series provides a brief visit to some of the more odd corners of my record collection, sprinkled with audio interviews from some legends in the game.”

He continues, “there’s nothing quite like that moment when a few records blend together in a seamless way (sample wise). When they happen to be in key together it feels like a wink of approval from the vinyl gods! This was the case in Love Will See Us Through.”

Sub Plot 2 is a Bandcamp only release, out on Thursday 28th May via Albert’s Favourites.