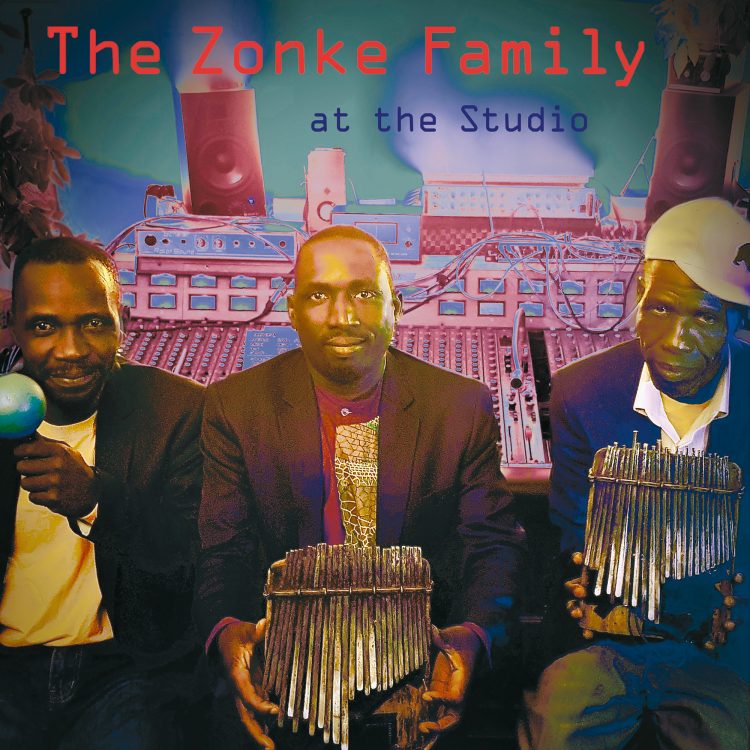 We are excited to share the wonderful music of the Zonke Family. From Zimbabwe, they create breathtaking music on matepe mbiras and ngoma drums. Taken from their forthcoming album, “At The Studio”, recorded and produced by the Philophon team. Due for release on September 11, on brand new sub-label, Lokalophon.

No one in the global music scene had ever heard of the matepe mbira, a kind of giant kalimba whose players juggle with up to four independent rhythmic and melodic lines. Add the sophisticated overtone tuning of its dozens of keys, and already one musician may sound like many. Two matepe or more create intricate musical textures of enormous spectral complexity, the basis of the highly ‘kaleidophonic’ nature of many traditional pieces: Similar to the famous optical illusion with two faces and a vase, your brain may jump forth and back between hearing entirely different music within the same piece.

This ancient art of tricking the listener’s ear and creating a high degree of musical ambiguity – and at the same time inviting collective multi-perspective participation – is on the verge of vanishing. Experts estimate less than ten remaining matepe master musicians in the country, and fundamentalist followers of imported religions denounce the music as witchcraft – not least due to its role in traditional ceremonies where the musician’s job is to induce trance states for communication with their ancestral spirits.

Matepe music’s magic entirely lies in its patterns: The musicians hardly add any expressivity to individual notes, which they often play at breakneck pace and full volume. In many regards this strikingly resembles the perspective of a contemporary electronic musician – how can one create interesting music with a step sequencer and loops of 48 steps? Matepe musicians have developed compelling answers to this challenge over many centuries. And if nothing changes, the world is going to lose this knowledge within the current generation.