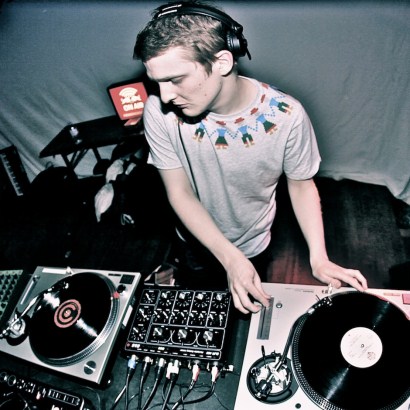 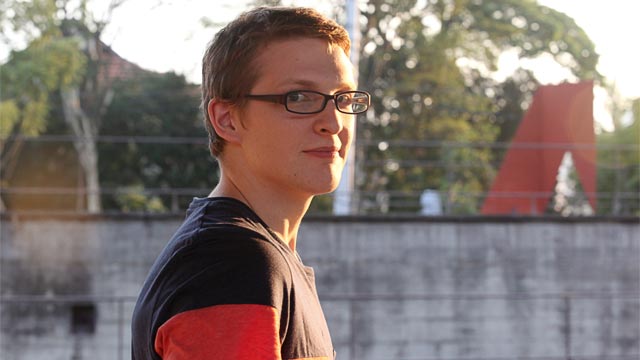 I went to check out Floating Points as part of the Mutek / Piknic outdoor day. I had missed him last time he was in town so I made sure not to sleep on this one. As with all my favorite producers I’m always worried that their DJ-ing skills might not be on par with what they are known for. Which is making music, not playing it.

Well on this day I would not be disappointed as he played a truly great and inspiring set full of style, mood and tempo changes. Weaving through 80’s Boogie, Early House, Brazilian music he played the kind of music that truly fits with such a beautiful sunny day.

So, I sat down with him after his set and decided I would make the interview strictly about his views on DJing.

Lexis: So first off. Even though you are more recognized for your production do you consider yourself equally a DJ or is it something that you don’t take too seriously. 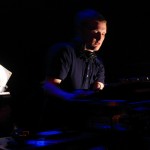 Floating Points: I’ve been buying records since I was so young and I have been Djing since I was about 13, you know, school discos. Then I moved to London, started nights and parties when I was a student. And this before anyone cared about the music I was actually making. So yes. I’d like to consider myself as both.

But I think the question is more telling of the shame of modern DJ society where the producer is now a DJ. I can only think of Ben UFO, Alex Nut and Jackmaster from my town who are as DJ’s killing it, but there not producers. All too often, as soon as anyone has a hot record out, they become DJs. When actually the two don’t have anything to do with the other.

I’m happy to hear you say that because myself being a DJ and a radio show host, my passion in life is digging music and shedding light on amazing music and producers. I’m a DJ, i don’t get booked as a signer you know what i’m saying?

Floating Points: I think the way it’s going with record sales, because music is free now mostly, producers try and DJ quite a lot at parties to make money that way. It’s just has a real impact to the quality of nights and the music because I really think Dj-ing is an art and that meaning you’re a good producer in no way means you’re a good DJ.

Yeah, well the act of Dj-ing has never been easier really. It’s all about that sync button and that BPM counter huh…

Floating Points: Yeah, I kind of think it’s funny that they make Serato and Traktor geared towards the “vinyl simulation” experience… but if you’re going to be hitting sync buttons why not just go all the way and DJ with just a laptop. 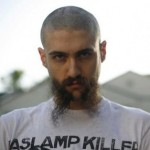 There are very few people to me who use that in an interesting way. The way Gaslamp Killer uses Serato is really amazing. But I know he’s got some serious records though!

I have nothing against digital DJ-ing but theres just something about playing vinyl and the affinity I have with my records. When I pull one out, I know the last time I played it out, I know where the crackles and pops are. I know that record inside out.

You play mostly vinyl at gigs, but not just in London right? You travel all over the world with your records?

Floating Points: It’s funny because I don’t know too many DJs who play vinyl only and travel with them. I always check in my records and I’ve never had any problems.

Yeah, very few people do it now but up to 10 years ago that’s what all the travelling DJ’s would do!

Floating Points: Yeah, I even still cut Dubplates. It’s expensive, I mean I could burn CD’s for 7 pence, but I prefer phoning up my friend at 8 at night, cutting the dub and being able to play it at night on the radio or at a gig. I just love the sound of them, the feeling and to me they’re just much easier to use to me.

Do you play a lot of your productions in sets?

Floating Points: I really don’t play my stuff, especially when people know it. I might play it if its not out yet or something like that. But I just don’t like playing my stuff. I think it’s too narcissistic to play my stuff in sets.

You played a lot of old stuff today: 80’s boogie, disco, classic house and so on… Do you usually play that many old tracks or do you mix it up? 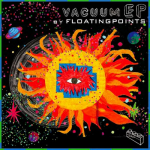 Floating Points: I was hoping it was going to be nice out today so I brought a lot of sunny stuff, you know Brazilian and things. I mean, there’s better music than the stuff I make. (Laughing) Well I mean, there’s just music that I want to share when I DJ and its not necessarily mine. You know when people come out they’ll know my productions but might not know who Frankie Beverly is.

I mean it really annoys me when people scream that they want to hear “Vacuum Boogie” . It’s like, no man, go home and listen to it. I mean, the records that I play out I feel so strongly about and I want to share them.

Yeah man, I’m prepared to go to war for every record I play and share.

*** Then we are interrupted by a Floating Points fan who congratulates him on his sets and says that next time he would love to hear “Vacuum Boogie”! (crazy coincidence) ***

Floating Points: Hahahah. That was hillarious!! No, but It’s really flattering. But man, it’s just I don’t wanna hear that record. I mostly want to play other people’s music.

I know you’re a pretty avid record digger. Are you going digging in Montreal?

Floating Points: I go record shopping 2-3 times a week. Yeah I went digging in Montreal today! Kid Koala gave me a map of record stores. I hit up Beatnick and Primitive.

So you’re the kind of guy that will spend half his DJ pay on records?

Floating Points: Oh gosh. In Sao Paolo I dropped 4 grand on records. I mean like, 90 records and I came home and my girlfriend was mad at me!

Yeah, she must have said “weren’t you going there to make money?”

Floating Points: I can’t stop! It don’t sell anything either, I buy doubles and never end up selling it.

I’ve never sold anything either.

In terms of DJs are there any ones you look up to?

Floating Points: Mark and Mike at Mr. Peabody Records in Chicago are amazing. They live in the South of Chicago and they just DJ in the shop all day and they have had litterally every record through the store. The craziest records. Spiritual Jazz, Italo, Boogie, all that crazy shit.

Again congratulations on your set. You really worked the angles and took people to sunny school!

If you are in Montreal, on Saturday August 11th is back in town at Piknic Electronik with your homie, Lexis, the founder of Music Is My Sanctuary. Details here 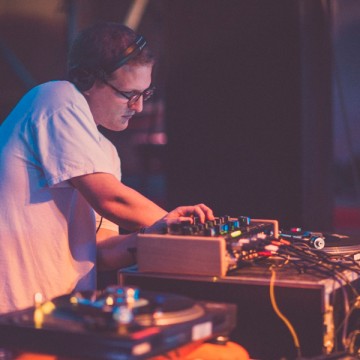