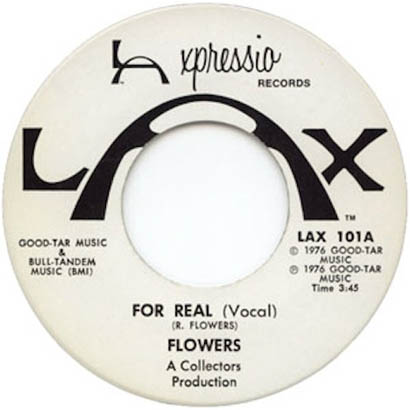 “Stay for the summer!”, they said. “It’s a completely different city when it’s hot!”, they said. I’m only just starting to understand what they were talking about. I arrived in Montreal last October and so far most of my experience of this great city has been steeped in icy slush and long-johns. Winter has its charms, of course, but they were starting to wear thin. As a result, the recent warm weather has liberated me; cigarettes breaks from the library have become little vacations in the sun, bright colours have started to bleed back into the surroundings and the monotonous monopoly of Canada Goose has been banished to the wardrobe of history.

Summer also provides an opportunity to play some records that would have otherwise felt incongruous and downright depressing in the winter months. With its cathartic strings, oscillating guitars and synths solos that meander like so many an aimless summer walk, “For Real” by Flowers is the perfect seasonal complement. One of only two releases by the elusive Richard Flowers on the equally elusive LAXpressio label, this extended 7 minute cut from 1976 speaks blues skies and green grass. Remember when, as a kid, you’d unscrew the fire hydrant on a sultry summer’s day so that you and your friends could play in the gushing, cold water, spraying other peoples’ cars until the cops came and stopped you? Me neither. Because I didn’t grow up in a Spike Lee film. But that’s what this song does to you, it forges glorious, fake memories in your head of summers never-lived, a testament to both the power of the season and the groove.

No wonder it’s a diggers’ treasure fetching around 500$ for the original 7″ version. It was big in the Northern Soul scene back in the day too. Flowers also cut another track for LA Xpressio, the equally lovely ‘We Can Make It Happen’ (LAX 102) which is also highly-indemand amongst collectors of this genre. It’s an absolute mystery (and shame) that someone who could create such an amazing piece of music history could release two singles and then fade into obscurity.