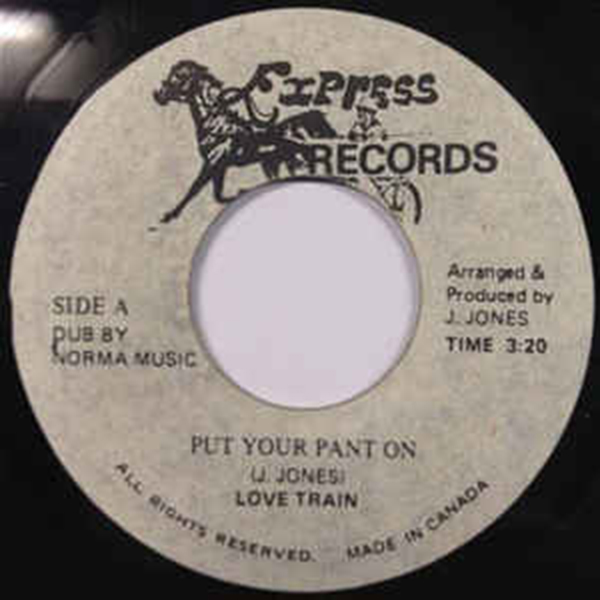 There’s a crossover point between darkness, sexiness and soul. Where tension, pressure and restraint are at the forefront. And somewhere in some stanky corner of that musical intersection lie the weighty grooves of funk.

So you thought you knew funky? Know your P-Funk from your Free Funk and what went down between Dr. Funkenstein, Sir Nose D’Voidofffunk and the Bop Gun? Some say the funk is a living creature. Well here’s a 36 year old slice of the stuff and, damn, it’s one spicy meatball. Turn off the lights, play it loud and, please, put your pants on.

Created by Jackson Jones, ‘I Feel Good Put Your Pants On’, is a Canadian disco-funk oddity that sounds like a club classic. The bass is deep and sleazy, the beat infectious. Once the drums spring in, a creepy string riff extends its feelers over the rhythm section, and I find myself dancing with parts of my body I didn’t even know I had. Its freaky, creepy and steamy – like some strange being beckoning you into its lair. It’s the sound of being ensnared.

So who the funk is Jackson Jones? The track was released by obscure Canadian label Express and then licensed by Dutch disco label Rams Horn Records sometime in 1980. However, contacting Rams Horn or the long time defunct Express label directly proved fruitless for any further information – they simply did not hold any information on Jackson Jones. No leads, no more tracks and no photos – a true forgotten treasure.

For those aching for a more polished re-edit, French DJ Pilooski has come to the rescue.