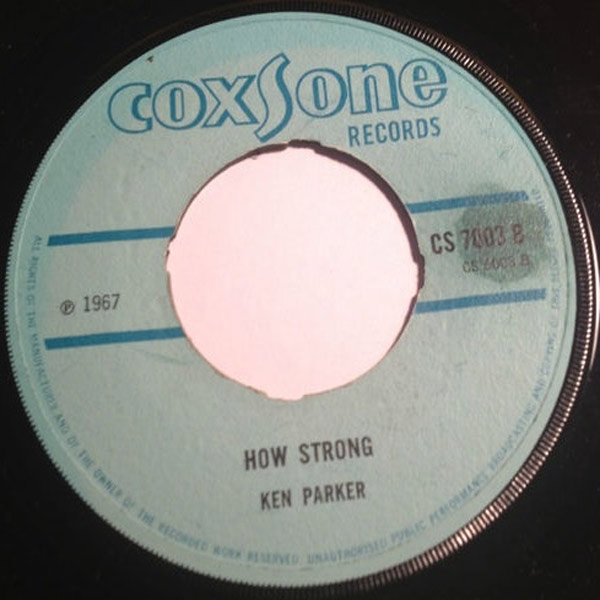 For the past month or so, when I’ve felt like leaving the world and gliding off to another place, this has been my medicine.

Ken Parker, Jamaican son of a preacher man, had a string of hits in the late 60s with reggae gurus Coxson Dodd, Duke Reid and Bunny Lee. Here, with Roosevelt Jamison’s deep soul ballad That’s How Strong My Love Is, notably covered by Otis Redding and The Rolling Stones, Parker gives us a different kind of tenderness.

The opening guitar stabs give way to spiritual arpeggios, an aching organ and Parker’s vocals, swooping around his effortless soprano register. Putting his lifelong gospel sensibilities at the forefront Parker sings in a voice that quivers, lays out his vulnerability, lays out his soul. His love doesn’t sound merely romantic: it’s humble and profound. Fatherly, spiritual even. For me the natural imagery of the lyrics (the sun and the moon, wide oceans and weeping willows) suggests a love letter to life itself.

By the 70s, Parker had become disillusioned with Jamaica’s music industry. His output ceased, seemingly for good. However, last year rumors began circulating that his first album in 20 years will be arriving sometime in 2016.

Also, give these other brilliant versions and the original a listen.

and some Bonus wavy vibes ↓↓