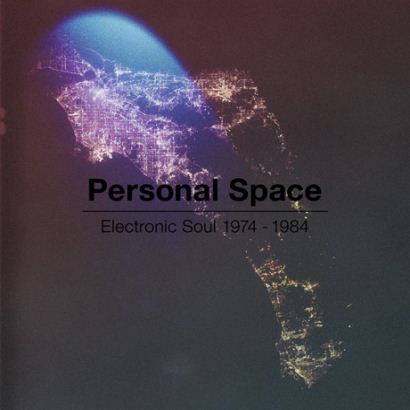 A little while back, I told you about a track called “All About the money” from a mid-80’s group called Spontaneous Overthrow that really reminded me of a Sa-Ra Creative Partners kind of vibe, but 20 years before that. I found this gem on a compilation called “Pesonal Space: Electronic soul from 1974 to 1984”. Well it turns out that while listening to the rest of the compilation I found a track that absolutely won me over.

“Don’t Challenge Me” is another very good definition of what we try to do with the “forgotten treasures” picks. A long lost slice of abstract soulful genius just sitting there waiting to be rediscovered. I know absolutely nothing about Makers but this gem certainly makes me want to go on a quest to find more songs or a full record.

In this case, the credit for the discovery goes out to Chocolate Industries, the very good label from Chicago. The track is just an absolutely haunting piece of music: the obscure and haunting lo-fi soul track that oozes sex and is somewhere between Shuggie Otis, Hype Williams and Sa-Ra.

If the independently-pressed record made the galaxy of recorded music that much larger, the burgeoning home studio became the black hole from which little escaped. Flowering in the mid-to-late ‘70s, affordable high-quality tape recorders, synthesizers, and simple drum machines permitted the aspiring artist to never leave his home, never request the assistance of another human being. In the world of American Black music, name artists such as Sly Stone, Timmy
Thomas, and Shuggie Otis had experimented with rudimentary electronic soul with a modicum of success, but on record what remains is scant. This collection presents the unheard underground of the self-produced, often solo, electronic soul world of the ‘70s and early ‘80s, offering a view into an ocean of sound that is in turn peaceful, bizarre, funky, and often humbly ahead of its time.