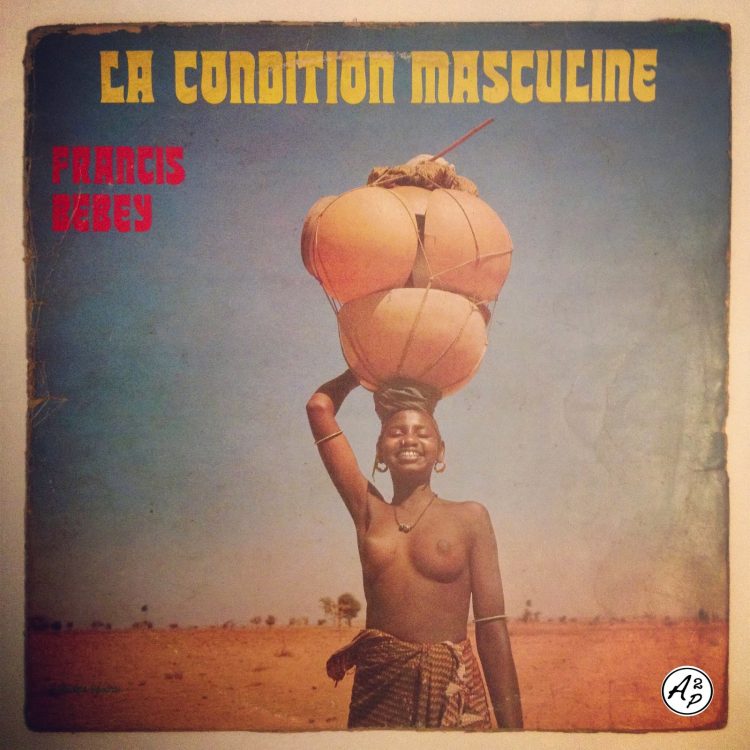 Born in 1929, Francis Bebey was a multi-instrumentalist, composer, poet, story-teller, musicologist, writer, journalist, and an icon and innovator of contemporary african music.

He had a profound impact on the Cameroon music scene, releasing over 20 albums from the late 60’s until he passed away in 2001. The “La Condition Masculine” album released in 1976 on Ozileka has always been a favourite of mine. Influences coming from all four corners of the world could be found in the man’s music. A man without borders, Bebey’s music was a fusion that blended the traditional African percussions with very unique electronic elements as well.

He wasn’t afraid of re-thinking the way he played instruments. In his hands, the guitar became an instrument that was both melodic and percussive. He wrote contemporary pieces for traditional instruments, adapting ritual techniques to modern instruments. He found ways to honour Cameroon’s musical past and contextualize it in a modern world.

The creation of the Sanza, a thumb piano invented by Bebey, is the musician’s proof he wanted to transgress his culture beyond eras. Behind all of his work there is a social project.

Of course, it is essential to acknowledge the importance of the words in Bebey’s music. He received international prizes and recognition for his writing, novels and poems. These words and his music are part of his legacy. On first listen, songs like “Divorce Pygmee” or “La Condition Masculine” are shockingly misogynistic. We quickly notice that this is more like a game, and that the artist liked to provoke the audience. The artist is only describing with humour the agitations of a society confronted with new social reform.

“The artistic challenge is to use the tools of western progress and [communicate] messages of the African heritage.” – Francis Bebey.

Future Classic: Books "Feel It In My Bones" (XVI Records)