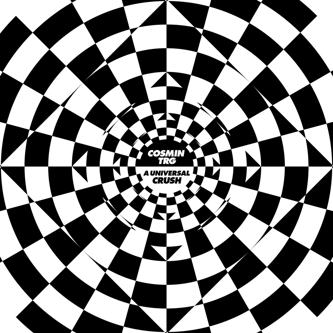 This is it! My first post on MIMS and I must say I’m quite honored to be part of this community of music connoisseurs. Listening to it all and appreciating sound in all its glory and its genres. Now where do I come in? Well about 3 years ago, I got into making music and in the past year began taking on the craft of being a DJ as well. I quickly realized that I was stepping into a whole new world. A world of sound I had never heard before. In no time at all, I became like that kid in a candy store. Running from isle to isle and freaking out that they had all these flavors I had never heard of! The music just spoke to me immediately in a way it never had previously in my life. Almost like I was reborn. So here I am!

Now along the way, I’ve researched a lot of different producers and absorbed a lot of varied sounds, old and new. One producer that stood out from day one was this guy. Cosmin TRG. Real name Cosmin Nicolae is a Romanian born, Berlin based artist who is truly an electronic music innovator. One of those artists that’s constantly redefining his sound and threw it all, always manages to maintain a clear sonic imprint unique to himself. This song off his new 4 track EP, recently released on Rush Hour called “A Universal Crush” is a EP on repeat for me right now. The vibe is impeccable and just so groovy. The tones sit just right and give you this feeling like you’re floating threw space. Real talk son. Although it maintains its dance-ability, its much deeper than that. Its truly inspiring house music!

Cosmin is the guy to look out for as I’m sure he has in mind to surprise us yet again with some more gems in the near future.