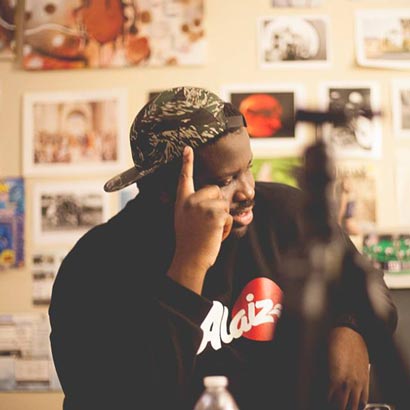 I’ve been meaning to talk about Elaquent‘s new record on HW&W Records called “Believing” for a while now but summer vacation time sort of got in the way. But since I happened to catch our man EQ performing in Montreal a couple days ago we wanted to talk about our favourite track from what is his best record to date. Staying true to himself and his sound, I really respect him because of his positivity (and talent of course). Instead of whining about the popularity of trap sounding stuff, he just goes out and does his thing and let’s the real heads recognize the quality of the work.

@Elaquent on “The Journey“: “It’s an interesting joint…had started it around January and was just adding elements to it bit by bit. Had been trying to do something more upbeat and kinda dancier and wanted to play with the tempo. All in all, worked on it off and on for about a month. Wasn’t sure it was going to make the cut for the album until I put the trumpet on it.

I feel like 2 years ago I never would’ve bothered to do that type of song, it’s been a journey to get to where I’m at with my sound, and incorporating something different and stepping outside your comfort zone is what all journeys are all about“

The Journey once again proves my theory that the best song of a record is always Track #2. Go buy this record, put it on your turntable, turn it up… you’ll feel a lot better.