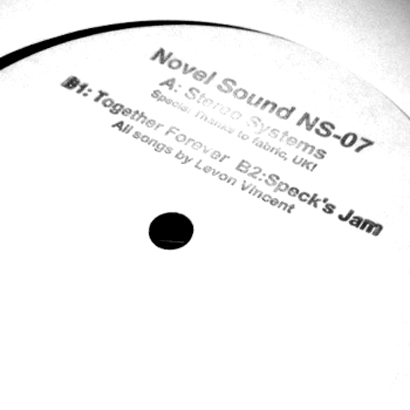 This was one of the very last cuts that got left out of our last MIMS Show but I kind of regret it now. Let’s be honest though, this track will probably find its way on one our mixes at some point as it is indeed a “future classic“.

You regular MIMS readers know that we’re turned by many music genres: the connections between Soul and Techno are actually not as far apart as you might think. Well, in the deep techno scene, Levon Vincent is one of our go-to producers for that deep, raw, throbbing sound. If you love people like Theo Parrish, STL, Rhythm & Sound, Carl Craig then you gotta love Levon.  His releases on Novel Sounds, a vinyl-only label, is the stuff of vinyl geekyness legends.

“Specks Jam” grabs you instantly with the first looped notes of the hypnotizing melody. Like all of LV’s stuff  it’s dead simple and to the point. But then around the mid way point he adds a couple of really interesting textures like a guitar lick and some metalic sounds. This needs to be played really really loud with the lights off.