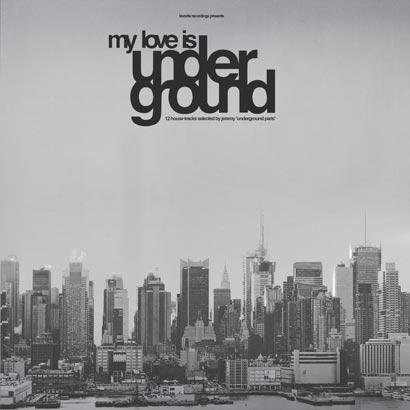 For the past 15 years or so, an outstanding amount of Jazz, Reggae, Funk, Soul & Disco compilations have been available for the people in order to discover or remember long lost treasures (as we like to call the “forgotten treasures“). The 80’s and 90’s House Music movement have been left in the shadows for quite some times now… Except for a few notable exceptions on Strut Records and for the City to City series from DJ Deep on BBE, there aren’t that many essential House Music compilations around.

Here comes “My Love Is Underground” with a fine selection of lost jams hand picked by Jeremy Underground Paris, one of the people who reminded the world a few years ago that Raw & Soulful House music was still around and right at home in clubs. Ironically it’s being released on Favorite Records, a French label specializing in Soul & Funk, past and present. But don’t be fooled by that. Pascal Rioux, the main man behind the label had a ton of supa sweet jazzy deep house releases under his Rotax label back in the late 90’s/early 2000’s.

So what do we have here? A fine selection of nuggets ranging from the early days of the NYC Scene and the early gritty Chicago sound, going until the late 90’s West Coast sound, including an escape in the deeper than deep Italian vibe sound and the UK’s and Germany’s take on Deep House.

The French House sound is also represented with DJ Trax “Deep Modern Jazz”, a long lost sweet ride. Nature Boy (DJ Milo of Massive Attack / Wild Bunch fame) is also exposed here with the ruff and disco-ish “Euro-Disney”. If you’re not familiar with the Nature Boy projects, I strongly recommend you to do some research on those. The highly sought after Dose Of Paradise project is appearing with the “Latin Dream”, an essential late night groover. An extra nice treat comes from a lost Strictly Rhythm project produced by George Morel and 95 North under the Level 3 moniker. I actually totally forgot about that one.

The big surprise for me come in the form of having two of my favorites (I have a big list, so I don’t know if that counts…) included here. The firs one is “Why” by Bipo, an incredibly underrated lost NYC jam. This song is so haunting and finally gets the exposure it deserves. The other one is “Emotion” by The Poets, an Italian heavy organ leaded Jersey sounding masterjam (which we actually covered a few months back. Link)!

Overall this is a outstanding compilation. If you’re not familiar with the tracks on it, it’s a great opportunity to get them on vinyl in a lovely package. It will also save you big bucks as many of the tracks here are selling for high figures these days… Highly Recommended! 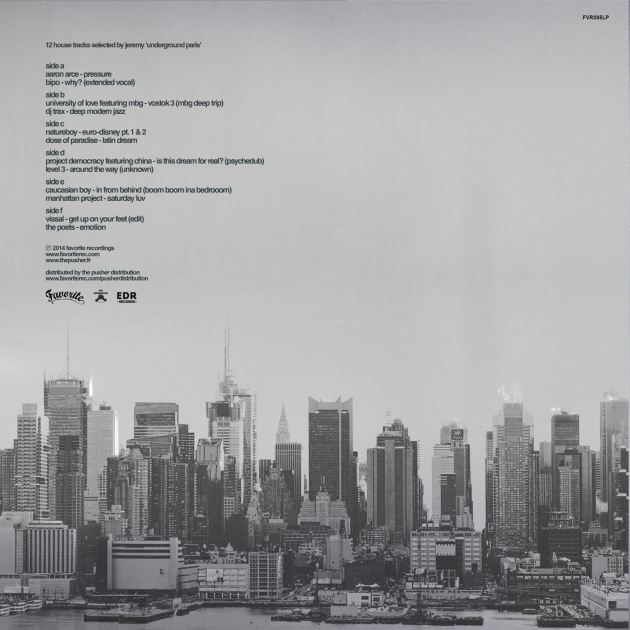