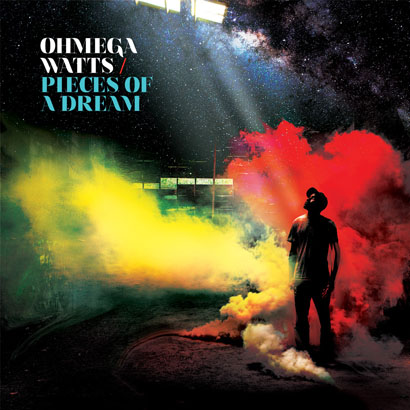 The ever so talented Ohmega Watts, as of today, has dropped his newest album, “Pieces of a Dream” on the highly lauded indie label, Mellow Orange Music.

After a thorough listening of the album, one can conclude that Mr. Watts maintains what we’ve all come to know of as his trademark style; lush, organic production combined with positive, thought provoking lyrics.

With every release an artist produces, the listener can expect some form of evolution or delineation from previous works within the aural context provided. While Watts’ latest concoction fits right in the pocket of his ongoing catalogue of music, one can’t help but appreciate the additional synth prominence that echoes throughout the album. These sounds layered in such an organic template lend itself to the originality and appeal of the album.

A definitive album that’s rooted in the golden era of hip-hop, but not afraid to push boundaries and move forth within the current context of indie hip-hop and beat culture. I think it’s safe to say Ohmega Watts has outdone himself once again.

You can purchase the album right here