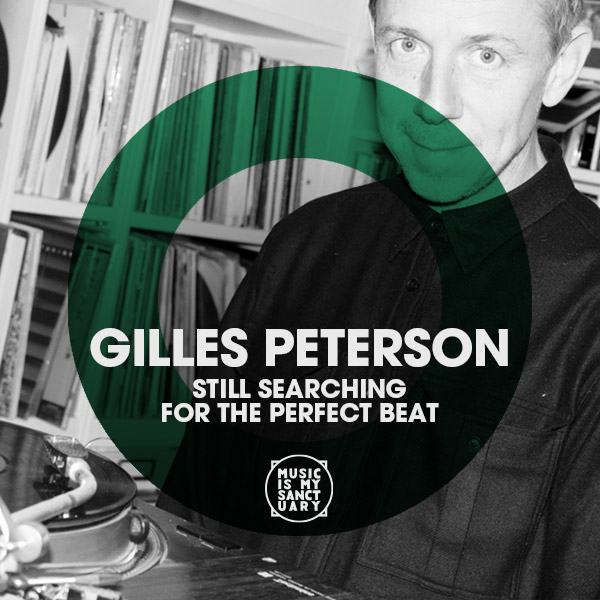 ‘Searching for the Perfect beat’ Anyone familiar with this phrase or a regular visitor to MIMS knows who Gilles Peterson is.

For those from other planets dropping by to acquire an insight into ‘the perfect beat’ Gilles is an archetype: DJ, radio host, producer, label owner, collector, curator. The King and Queen maker of cutting-edge, forward-thinking music past and present.

Through his radio shows and his label, Brownswood Records he has a solid base from which to champion emerging sounds. His influence is embedded in global music culture through initiatives such as Future Bubblers in the UK, the World Wide Festival that recently ushered in the European summer with it’s eleventh edition over a week long affair in the south of France, the hundred compilations he’s overseen and directing the Steve Reid Foundation.

With roots firmed in the culture that drives him Gilles has become one of the few authentic, champions of soulful eclectic music culture from across the globe. His influence has never been greater with WorldwideFM around the corner, the Sonzeira reimagining of Tam, Tam, Tam, the Cuba connections with Dayme Arocena and the ‘La Clave’ Rumba documentary, an executive tenure as Creative Director for Wetransfer and the blistering album ‘Wisdom of Elders’ forthcoming from Shabaka Hutchings and the Ancestors, that on first listen is a Future Classic and a once in a generation masterpiece.

Gilles’ cultural impact is currently underlined with the Sonzeira documentary that zings with some of the countries best flavours in timely fashion for escorting a festival of Brazilian Culture into the slipstream of the greatest show on Earth at the Rio Olympics. Follows on from the 2014 Sonzeira project he has just released a personal homage to the heralded Tam, Tam, Tam album from Jose Pretas that Gilles had waited and waited to get his hands on. This Chapter of the Sonzeira project sees Gilles working with production associates Will LV and Rob ‘Earl Zinger’ Gallagher from 2 Banks of 4, along with appearances from drumming prodigy Moses Boyd and Kassin from Rio’s Orquestra Imperial. The result is a dreamy journey through tropical and underground rhythms that shimmer in the haze of a frenetic trip. The final two Sambas feel like Charlie’s chocolate-river boat ride has detoured up the amazon on a mescaline fix.

Whilst being at his peak Gilles still manages to represent club culture for the curious, the stay at home ravers, the rare groovers and what his close friend and long-time collaborator Earl Zinger calls the ‘ghost dancers’.

This is all is summed up nowhere better than in ‘searching for the perfect beat’.

I caught up with Gilles as he was hatching plans for 2016, after a prime year for his fabled Brownswood imprint, to see if taking it easy was on the horizon and to land a scoop on that elusive ‘perfect beat’.

@GillesPeterson: Thanks, lovely to hear. It’s really difficult to run a label and make ends meet, you know that, right?

Unless a bit of luck or a couple of syncs come along it’s a struggle. It’s not about making money but we need to break even and not make a loss. Have to be careful in how it’s run, Emily [Moxon – Brownswood’s Manager] does a brilliant job.

Is it difficult to keep upping the anti after singular career experiences such as following Carl Cox on a Saturday night at Space in Ibiza?

@GillesPeterson: That was shocking at the time and it was live on BBC Radio 1. They do lead somewhere though. Dealing with those moments of anxiety and being frightened they eventually lead to being able to tell the story of an incredible experience.

Are you going through a second wind with the DJing?

@GillesPeterson: I’ve always been busy, amazingly enough. I played abroad in the early days, residencies in France, Germany, Austria and further afield. I was at departure gates with a record box back in the early days. When the UK has been less hype there’s always been somewhere around the World with a scene to lock into and DJing a lot helps keep the label steady.

Do you ever think of jackin’ it in?

@GillesPeterson: Every year there’s a moment of doubt. Sometimes it‘s like, ‘really?’. Even at the worst times though I couldn’t live anywhere but here to do what I do. The kids and my family are here and there’s quite a lot of people working around me that there’s a responsibility to. I’d be pissed off if Arsene Wenger just left. He’s been there for years but still.

Speaking of Arsene, is that a dream gig?

@GillesPeterson: I’ve played at Emirates for all sorts, kit launch, at the stadium’s opening, end of year disco after a really bad season etc. Giroud is a nice player, really cool, rest just have a single focus on football. Van Persie was a dickhead and I didn’t like him at all, like a child so up himself, ridiculous. Wasn’t really disappointed when he left.

Are you torn between focusing on broadcasting or performing in clubs?

@GillesPeterson: In this job you need to do all the things. What I represent is club culture on the radio even if it’s not all club music. I get the energy from the clubs, I love playing out and seeing how it’s going.

…But if you could?

@GillesPeterson: The thing is I love playing out, I do question myself, I’m fifty-one. It’s enjoyable 99% of the time and lately I’ve been really enjoying New York, though New York has always been brilliant. They dance there and there’s a strong culture of it.

Are the compilations still a thrill to dig and put together?

@GillesPeterson: The one thing I’m really glad I’ve been doing recently has been the Sun Ra album with Quinton from Strut Records and Peter Dennett.  It was a good challenge, a real test. The kind of talks and interviews for it have put me in a different area with the media. The jazz thing is still massive for me, and I’m onto my 100th comp. There’s been a new one for MPS in Germany for their anniversary and I love doing it.

Was the Sun Ra compilation an easy project though? Surely the ‘life and times of Herman Poole Blount’ would be your specialist subject?

@GillesPeterson: Sun Ra wasn’t easy! It would be easy to throw some of his music together or even favourites but the challenge is in how to introduce him to a new audience without compromising his music. I was in a restaurant in Japan listening to the collection and it sounded amazing. Sun Ra is the next natural step to where we are at right now, to the people who are curious; it’s relevant right now. That wasn’t the case three years ago, we’ve just hit a tipping point to a degree.

Searching for the perfect beat ?

@GillesPeterson: In a way it’s just the constant re-thinking of the beat. The subliminal message with the rumba thing on the recent ‘La Clave’ documentary is that. It’s that one thing, that one rhythm that constantly comes up with new surprises. So in a way that’s the perfect rhythmic beat, as there’s so much in its variations. The search will be never ending as someone always comes up with a new little bounce, a new little trip. So yeah, that’s what it is!

So it’s Rumba?! When did the bug for Rumba bite?

@GillesPeterson: Going to Cuba 6 years ago and producing a record for Roberta Fonseca.

What an experience! Did that seem like the natural step at the time?

@GillesPeterson: It was the whole ‘my god what am I doing, I don’t speak Spanish, album in five days, no air-con, old equipment… ‘Carl Cox at Space’ moment again!

Even when I was asked to cover Lauren Laverne’s BBC 6 Music daytime show, for me it was massive,  daytime!! I mean I’ve never done daytime before, different set of rules, different set of disciplines and again out of my comfort zone.

But you did it?

@GillesPeterson: I think it’s important to do those things and after five days, I felt I’d achieved something. So the Cuban thing and hangin out with these guys, being in cha chas around the drums, is just incomparable. Those moments, that’s the buzz.

I’m privileged to be in that situation, in all those situations. The original drums in Matanzas, it was unbelievable… like seeing the Holy Grail. I just wish I din’t have to be in the film.

The new rumba compilation demonstrates how fresh and exciting things are coming all the time.

How do you keep it fresh though?

@GillesPeterson: The whole thing about what we do and what I’ve been able to do is that you’ve got to put yourself outside of your comfort zone and it gets harder the older you get. The most important thing is braving it and getting into it.

It’s a cliché but music is therapy. The track I love at the moment is the new Jimi Tenor and Nicole Willis, you need them tunes. You can be down in the dumps and put a tune on and it’s changed.

In a way the moral of the story is that music IS the healing force. 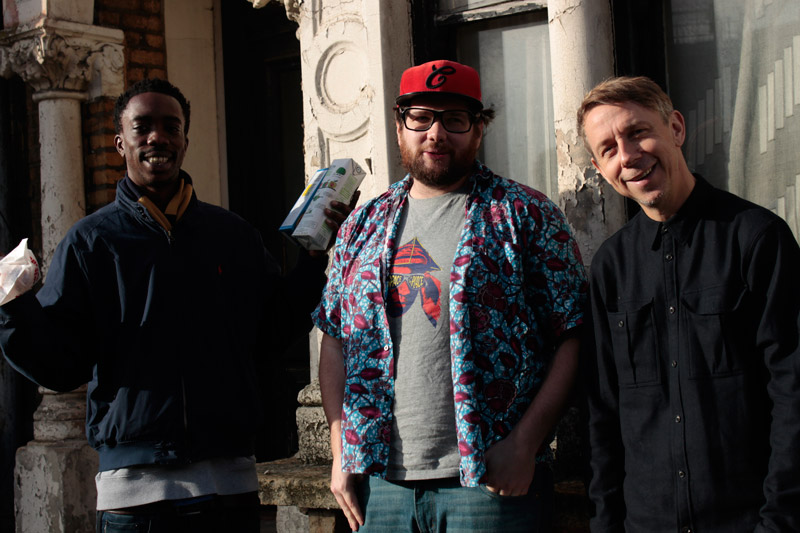 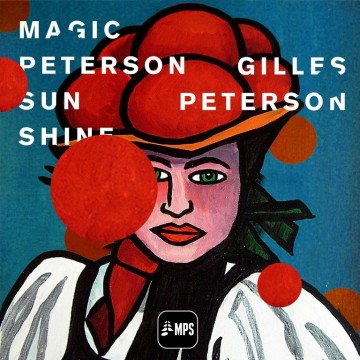 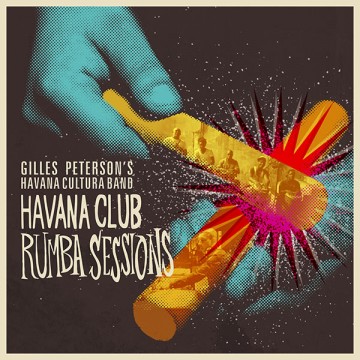