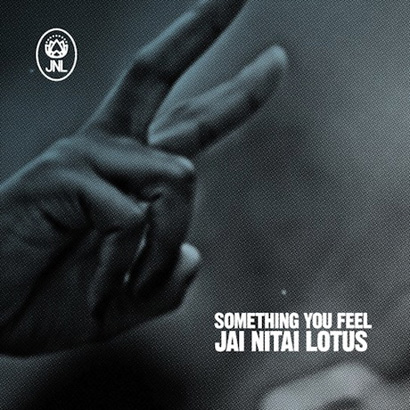 For the past 4 months I’ve been a hermit living under of cave of University books, which drastically limited my access to world of music especially good music the kind that wakes up your soul and really makes you feel something. During that time I made a handful of exceptions to my study pact and indulged in a night of soul food. The most memorable of those nights was November 21st at O’Patro Vys for Jai Nitai Lotus’s album launch for “Something You Feel”.

Just thinking about it brings back the surge of emotions I felt that night. Lotus had such strong pervasive presence and was backed with one seriously epic band including Montreal greats such as Jahsun on the drums, DJ Simahlak, Nik Brovkin on the visuals, and even a guest appearance by dance sensation Sikk. I could go on about the launch itself but I want to focus on the album so feel free to check out a glimpse of the night on Lotus’s Youtube.

Now I know it may come as a shock to many that this is actually Lotus’s debut album because he’s been an influential member the scene for over a decade, but I can tell you the wait was well worth it cause the maturity, history, and truth in this album could not have been manufactured. “It’s just a feeling” is the first line of my favorite track on this masterpiece “Hard Times and Bless” ft. the power duo Georgia Anne Muldrow and Declaime. That line perfectly describes the entire album. I mean I could go on about how Lotus’s production is in a class of its own or how his rhymes slice sharp in your mind like samurai swords. I could also go on about how he perfectly selected his team and made history by putting Ceas Rock, Simahlak, The Narcicyst, GAM, Declaime, Sarah Linhares, Jesse Maxwell, L.E.S, and Karma Atchykah on the same album. I could even go on about how Lotus’s sample selection and tracks like “Mingus Clap” showcase true music knowledge and are examples of the kind of respect I would like to see all artists show to their forefathers. All that being said, when it comes down to it, the reason I truly adore this album is cause of the way it makes me feel and my limited eloquence can’t describe that, you’ll have to pick it for yourself. Go on get yourself the physical, it’s part of the feel.