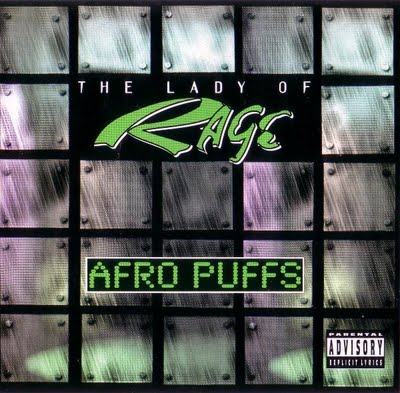 Ok people, so the theme of the week for the Forgotten Treasures picks is…. drumroll… G-FUNK!

So why not start things off with this little known G-Funk version released in 1994, right at the moment when every west coast rap record was all about those G-Funk basslines, sine wave synthesizers and Funkadelic samples. “Afro Puffs” came out on the Above the Rim soundtrack and was Lady of Rage‘s only hit record. I remember my friend Lec was fooled into buying her only CD called “Necessary Roughness” and threw it into the garbage two days after.

Anyyyways, this G-Funk remix produced by Dre and Daz is pretty rare. Only released on 12″, CD single and Cassingle baby!