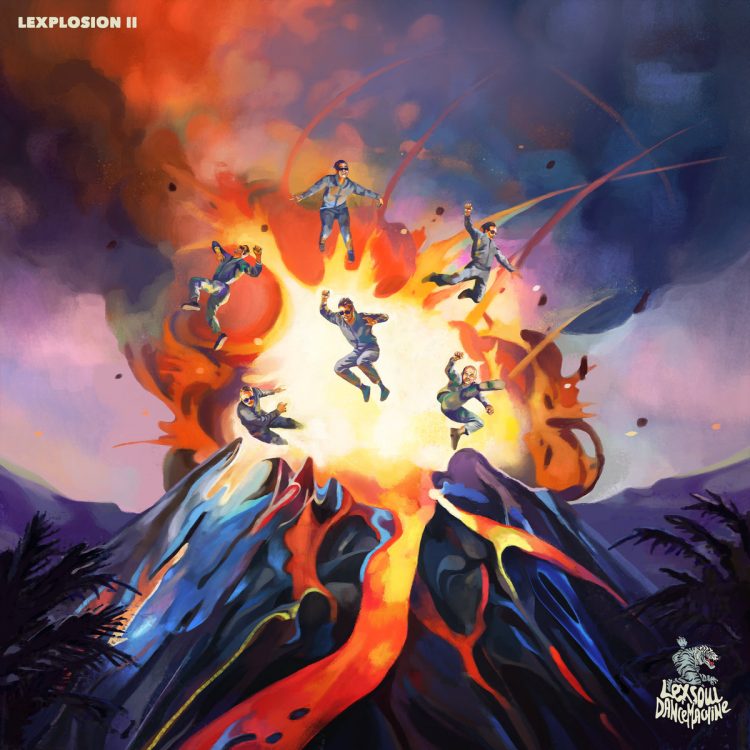 Lexsoul Dancemachine’s 3rd album “Lexplosion II” will be out via Funk Embassy Records on May 29th. The 8-track LP provides fire power for the funk-soul-disco DJ, albeit remaining a pleasure treasure for the leisure listener.

First time ever, the 6 piece Estonian group has invited collaborators: the loose-wristed guitar funk icon Cory Wong from US; the Brazilian percussion maestro Luiz Black who’s gigged with James Brown and recorded with gigs on his résumé; and a local dame with staggering licks on the violin – Liis Lutsoja.

from an interview on soultrainonline.de

Robert Linna, vocalist and co-producer:
When it comes to lyrics most of the “message” on this album is slightly critical towards consumerism and material values, and there’s a lot of contemplation on getting inspired and what being a musician, an artist is. The name “lexplosion” was what we tried to sync our energy with – like this blast of sounds, grooves.

Martin Laksberg, producer:
“Deus Lex Machina” was supposed to be an earthquake in Estonian music scene – true old school funk never done here before. “Sunny Holiday In Lexico” was never supposed to be an album rather than a holiday-EP in between two albums – hence the tropical Latin jazzfunk vibe. But there was always something missing – the tribute to extended tracks filled with long rhythm parts. Lexplosion II fills that gap, taking more inspiration from house and nujazz.