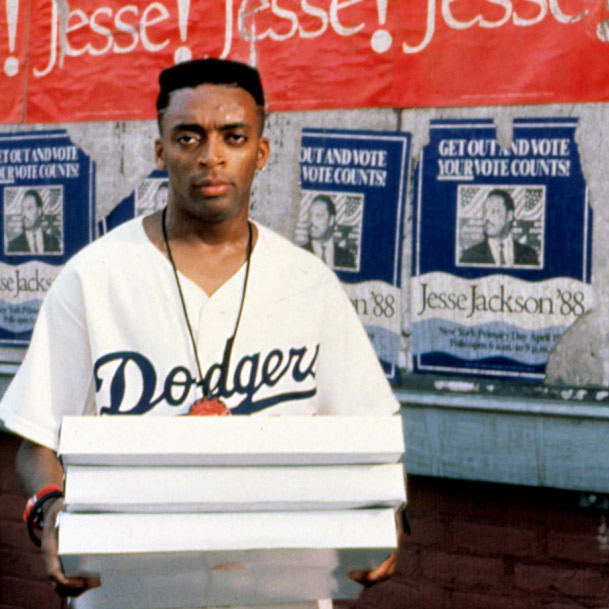 This week-end we are releasing our new collaboration Pin project with Paris designer KELH who had the brilliant idea of uniting the love of digging for fine records along with the love of a good slice of pizza!

Then, we thought… if it’s about records AND pizza, then the release party can only be in New York City! Our launch party is only a few days away, so we asked NY’s Shred One and Christian Martir (who are already MIMS family) with Tom Noble to pick their favorite pizza spots in the city, along with one track as a soundtrack.

The pin will initially only be sold at Tom Noble’s Superior Elevation Record store in New York. (Release Party Info)

The Cleopatra Jones Slice @ Two Boots on Bleecker St. circa 1999 (RIP)
When I worked at Rawkus Records, the office was located at 676 Broadway, and this was our go-to pizza joint. This track will always remind me of the best time of my life.
Track: ‘Crosstown Beef’ – Medina Green

Paulie Gees – Greenpoint. Hands down best in the city. Best pizza. Atmosphere. Service. Good beer choices. Usually get to harass the owner, or he will harass your wife. One of the two. Soundtrack of this place is more in line with good modern psych. The sausage here is ex. Get the hot honey.
Track: Conan Mockasin “Faking jazz together”

Robertas – ok ok everyone knows this place. But it does rule. Best way to eat here is to roll in low numbers at odd times. Place is more of a rock n roll vibe (80’s prom night style). They hurt you on drink prices too. Pizza is outstanding and the have the killer chili oil. They also teach highly effective dough making classes, though the teachers care more about making it with the students than the crust.
Track: BOSTON “More than a feeling”.

3. Corner spots can rule in NYC. My nearby best choice is Triangolos. They have a mean Grandmas slice (marinara on top of the cheese with basil & Parmesan). Also a really nice sicilian slice (deep dish Pizza Hut style). Soundtrack here is whatever drives by. So bobby shmurda “hot nigga” or drake “call me on your cellphone”, sadly.