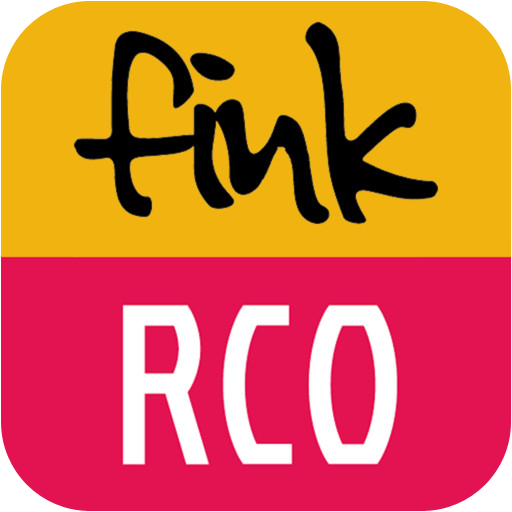 RCO meets Fink – The concert as an App. 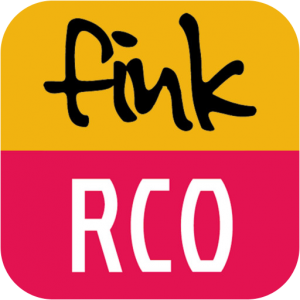 Ever wish you could attend a concert taking place in an other country ? Well, it happened to me this summer, but fortunately “there was an app for that”.

For the past few months, I’ve been enjoying an absolutely unique concert app on my iPad. This groundbreaking app featured the collaborative work of the Royal Concertgebouw Orchestra (RCO), a legendary symphony orchestra and Fink, an indie folk group from Ninja Tune Records. It’s always interesting to see great musicians explore their musical boundaries and for that reason, this concert is an absolute must-watch event. Without further ado, here is a little teaser of the show from Fink’s latest album called Perfect Darkness.

I’m writing a review of this app because I love Fink and I don’t think this innovative concert app received the recognition that it deserved. Let me walk you through my experience with the app from the day of my purchase (for the price of a latte) to the upgraded version that was released a week ago.

At the end of April, with the latest iPad and Apple TV hardware, I watched a full HD video stream live from Concertgebouw Amsterdam in the comfort of my living room on my television. In this 2 hours concert, Fink was joined the RCO, conducted by Ivan Meylemans, in a challenging musical production that joins modern symphonic repertoire and songs from Fink (such as Berlin Sunrise, Trouble’s What You’re In, This Is The Thing, Perfect Darkness, Yesterday Was Hard On All Of Us). The arrangements were made by Jules Buckley who bridged the boundaries between classical and popular music in such a beautiful way.

When I bought the version 1.0, the description of the RCO meets Fink app promise that the concert stream will stay available until they release an upgraded and enriched version containing interviews, photography, lyrics and other bonus features.

After about 4 months of waiting, the version 2.0 was available as a free upgrade through the app store. The update included a wealth of special features like backstage footages, rehearsals, interviews with key members of the team, a video commentary by Fink members, and layered a second screen multi-camera viewing experience. Here is a little video showing the home screen and a small preview of the song Trouble’s What You’re In.

The concert view features an Ableton style timeline which includes rehearsals, interviews, songs information and video commentary. As you click on a particular track from the timeline you can view extra videos (or bonus information) side by side on your iPad screen or one full screen on the iPad and the other on the TV using the Apple’s airplay technology. On the latter setup, you can swipe your viewing screen back in forth by simply clicking the iPad screen. 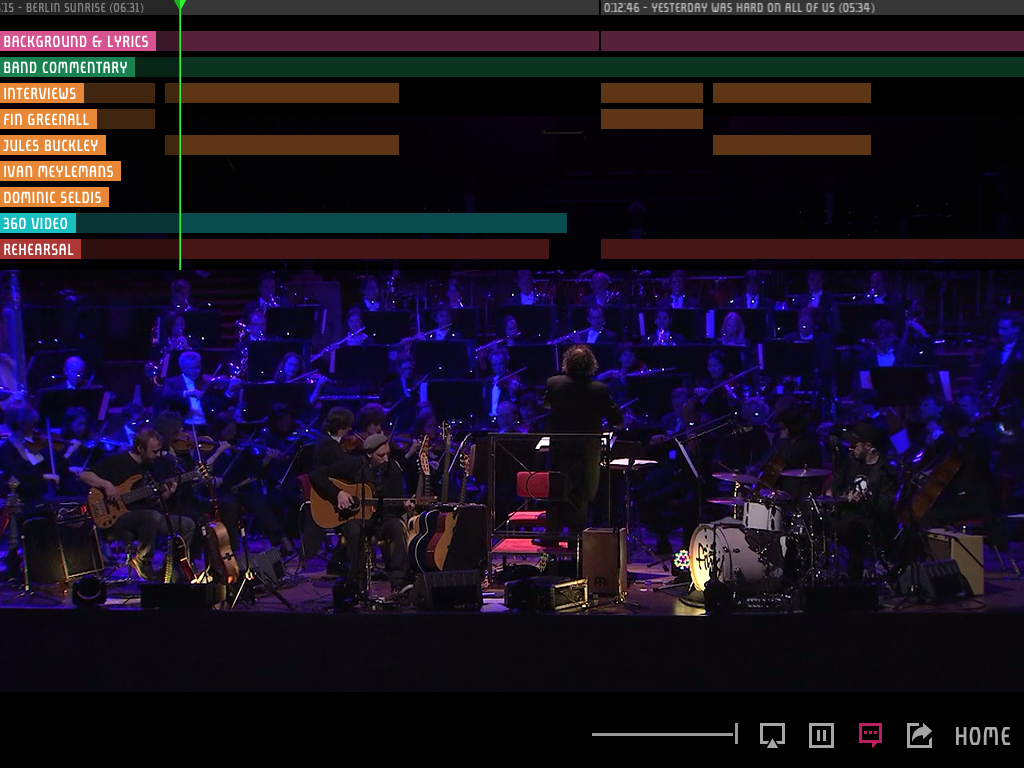 The app is innovative because it features an unprecedented technological advancement that I’ve never seen on an iPad app. The last bonus feature of the 2.0 version includes a 360 degree video component, that allows you to watch the concert as though you were there on stage by pointing your iPad in the direction you want to see.

To my knowledge, it’s the first concert app I’ve seen in the official app store. Of course there is few other applications that are specially made to watch concert (like the iTunes Festival, Moshcam or Qello) but these concert app don’t have the extra bonus features that the RCO meets Fink app have. This type of app give the opportunity for music lovers, like my self, to experience and enjoy a concert at home with the mobile experience of the iPad.

Before downloading the app, make sure that you have enough space on your iPad device because the app weighs in at almost 400 MB. Take notes that the concert cannot be viewed without a Wi-Fi connection which means that the full concert isn’t stored on the device itself.

For more information about the concert please visit the Fink’s Blog.