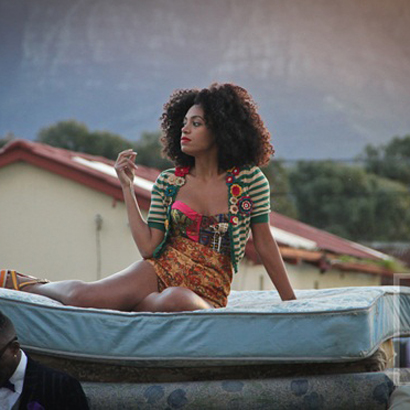 All of us music lovers complain about how pop music is horrible these days. But every now and then you get a track that renews your faith in the undeniable power of a catchy pop, radio friendly track. And this one just has that power to make you hit repeat 15 times. It would have been a hit in 1984, 1994, or whenever it came out. And all of you repping only “underground” stuff but yet you like Prince, MJ and so on… Quality pop music can be as dope and cutting edge as anything else.

Solange for those of you who don’t know is Beyonce’s younger sister. She has never broken out of the shadow of big sis but it has given her the opportunity to mature and take her sound in a more experimental and risk taking angle, which you can’t afford than you’re a top 5 worldwide star. You gotta play it safe.

The production by Dev Hynes (aka Lightspeed Champion) who is also from Houston, like Solange, is so on point that this would have been a hit with a lot of different artists. Not to take away anything from Solange… Now, the real question is: why aren’t all the mainstream radios playing the shit out of this??? And if the song wasn’t good enough you get an amazing video to go with it.