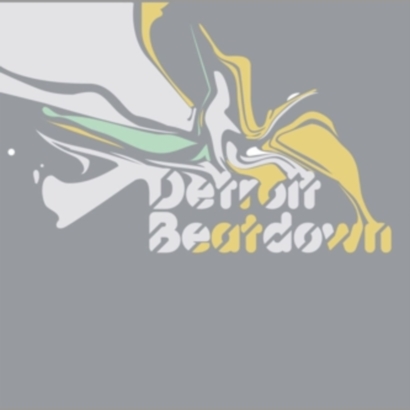 These past couple of years there has a bit of a revival surrounding “slow” house and techno. Producers have been going back to tracks that are in the 105 to 115 bpm rather than techno and house (which usually is much faster at 125 – 130 bpm) and a brand new wave of younger music heads have discovered the art of taking it slowwwww.

Compilation records have always been a major role to play in the past 30 years of electronic music. With the ridiculous amount of Dj mixes and unmixed compilations it’s pretty rare that some of them brake through the clutter and actually become landmark records. Well, for me this 2002 compilation from the UK’s Third Ear label played a major part in opening up my ears to a much deeper, more abstract version of techno and house. I had just discovered artists like Moodymann and Theo Parrish back then and this compilation called “Detroit Beatdown” introduced me to a more cerebral approach to electronic music.

Guy McCreery, founder of Third Ear Records about the term BEATDOWN: “It was Eddie Folkes whom I first heard use the word Beatdown after I had raved about Norm Talley’s tracks. To me it was Techno, but it was slower than any Techno I’d heard. It was just deep music and Eddie called it Beatdown. When I asked him for description of Beatdown, he just replied, ‘Beat-down, down tempo”

This compilation was a gathering of tracks and artists who provided a blueprint for the rich techno scene we have these days: from Omar S, the Mole, Levon Vincent, Shed and so on…

Here are clips of each of the 14 tracks. But we highly encourage you to dig out a copy!

Scorpio And His People "The Unforgiven / Theme From The Movietown Sound"