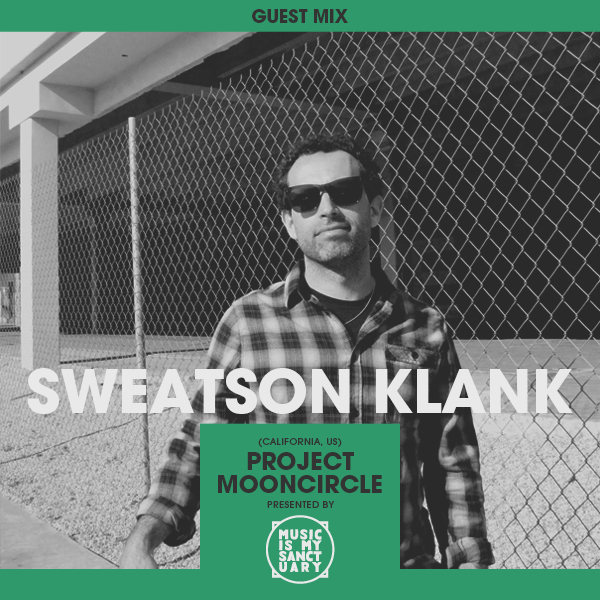 It’s already the 8th edition of our Forgotten Treasures mixes series and we couldn’t be happier so far. Each mix has been magical! Well, this one fits in very nicely with the others as a mix that is very personal and full of nuggets you probably never heard, or at least not for a while!

Thomas Wilson who has been going under the Sweatson Klank moniker for a little while is one of the veterans of the West Coast experimental beats scene. He’s been doing his thing (sometimes under the name Take) since 2004 on influencial labels like Alpha Pup, Dublab and now the great German label Project: Mooncircle (one of our favorites here at MIMS).

So we asked him to step up to the “Forgotten Treasures” mixes challenge: make us a mix that is really personal and lets us know about your musical influences. It’s awesome, and it’s all vinyl!

His new album called “You, Me, Temporary” is out on April 2nd. on Project: Mooncircle