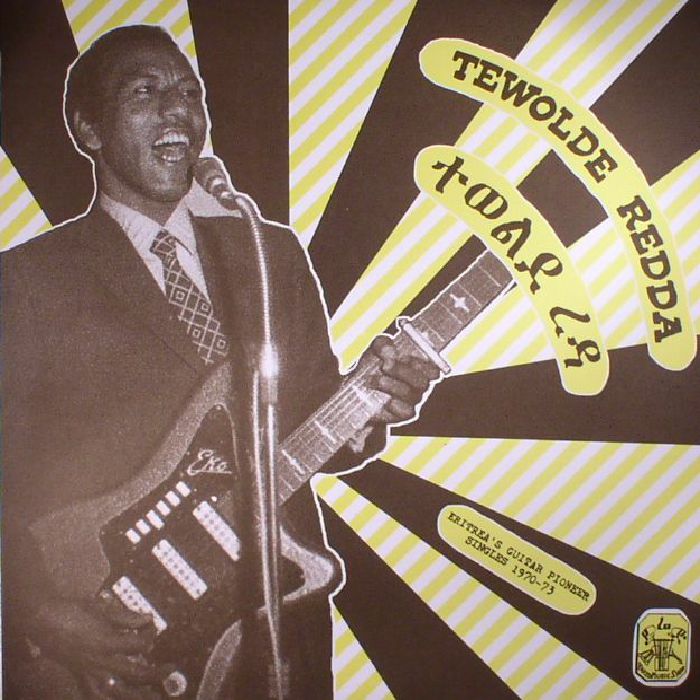 via Boomkat: A fascinating and engaging compilation of Tewolde Redda’s milestone singles for the Philips, Amha and Yared labels c. 1970-73.

This album includes songs that are all responsible for revolutionizing traditional Eritrean music, with innovative use of amplified kirar, electric guitar and horns – as thoroughly outlined in the accompanying 6-page booklet. It also contains the first Eritrean songs to ever use a horn section!

It’s almost certain that – with few exceptions – you’ve never heard these tracks before, or even the sound of traditional Eritrean music, so it’s a real ear opener and education for a start. One which really gives a flavour of life in the now secretive and permanently war-footed East African country through its charmingly loping rhythms and intricate folk melodies, see-sawing between sombre and joyous with occasional really beguiling turns of phrase that we’ve never really heard in any other style that’s crossed these pages! Comes in a “tip-on” sleeve with extensive liner notes, lyrical translations, and unpublished photos. A co-release with Mitmitta Musika of Addis Abeba, Ethiopia.