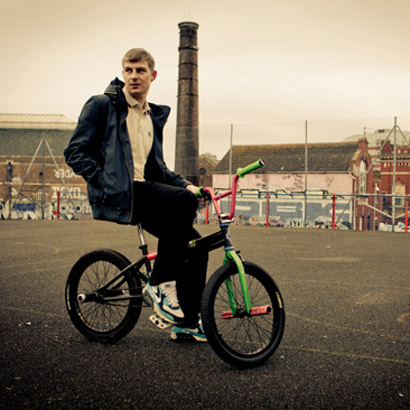 Nora: So where does the name Addison Groove come from?

Addison Groove: The name came from Addison, being the 2009 most popular unisex name in England. I thought to have no sex applied to the name so it could be whatever, male or female. I just googled it and thought “That`s a nice name!” Groove comes from my favorite DJ who is DJ Easy Groove. He was a Rave DJ back in 1992 and I always though his name was really nice. I just combined his name with Addison. I discovered not too long after I put my first release that there is another Addison Groove in Boston, a Jazz group which I had no idea existed until I released the first record. Addison Groove Project was quite successful. I think they were around in the early 90’s or something and they’re not doing anything really now so that’s okay as long as none of their fans come to see me play. Imagine someone comes to see a jazz musician play with guitars and stuff and they hear me play Footcrab☺They would think this is a whole new take on jazz , “the craziest jazz I’ve ever heard”, you know. Yes, a kind of an electronic jazz…

N: First time in Montreal and what are the rumors of Montreal bass scene?

AG: I’ve not really heard much. Last time I was in Montreal was at Piknic Electronic last year. It was me, Scuba (GB) – Appleblim (GB) (August 14th 2011). Similar to how I feel now, we played in New York, we couldn’t’ sleep and we had to fly straight to the venue. So we flew, we landed and we got straight to the racetrack and we were all just like “Oh my God this is difficult!!!” so we just drank a lot of tequila, cause tequila is the best drink in the world, and it kind of kept us all going. Good fun, it was rainy but there were a lot of people, so it was nice to play. I also played here as Headhunter, which is my other project. The details are very vague but it was in a club during daytime. When you walked in, they gave you a torch, everyone got a tiny torch, and you walked in this completely dark room. It is all dark and you can’t see a thing. Now, the idea of the party was called “dark party” and as a DJ it was so difficult to play records! I was playing CD’s at that time and I couldn’t see what was on my CD’s … I didn’t even know if anyone was there. I couldn’t see anything. No one could see anything in this place. It was really weird. That was my first time here, it was maybe 2007 or 2008 and I can’t remember the name anymore. It’s nice to come back cause I like the French food. What did I have earlier? A pear and chocolate muffin ooohmy God…Last night I had smoked meat and I loved it. I like it when I get to play in Paris cause like I life in Bristol so it is only an hour long flight.

N: What about local cuisine, have you dared having a poutine already? 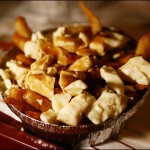 AG: I’ve had that, not on this occasion but I had it before. With gravy and chips, fantastic idea! If it was more accessible within the rest of the world I would have had it more often. It is just waiting to happen, somewhere.

N: Where have you seen the best footwork dancers?

AG: Oh, I’ve seen some in London. I think that when I play in places people expect me to play juke. Certain people in the crowd are into footwork stuff so they come to the club and they obviously have been practicing it at home and they do a few things and it’s always shocking. This little thing is happening in places around the world like in Europe, for example. People totally understand it and are kind of doing it. But you wouldn’t expect to go to Poland, play juke and have people dance to it. When you play juke and you see people dance to it, it just makes sense a little bit more, rather than just playing it in a club to smash your eyes. That’s why it was designed for, its’ crazy dancing! I haven’t seen loads, but I’ve seen it often enough. I can’t do it, I am good at mixing but I can’t do footwork. I’ve never tried though and I don’t really want to, I just like playing music! That’s my thing.

N: And what would be the weirdest place you’ve played so far?

AG: Yukon! No no, it’s not that weird. There aren’t places that are majorly weird but Yukon is definitely there. It’s a population of 3000 or something, super small. I remember flying from Vancouver to Whitehorse and it was just ice and you knew that when you landed it was going to be cold. And they tell you “Yes, you are in a 2 hour flight to the North Pole” and you’re like “wow…okay”. I ate dear there, which was nice and I played in a kind of a sports place. There were people’s moms, grandpas, sisters and brothers, it was kind of weird. There were fights happening while I was playing, but it was interesting. It was cool to see the Yukon. I am lucky enough to go to major cities but I really enjoy smaller cities too. In big cities people just know what’s up and are already cool about certain things. When you go to smaller cities though people are not used to it and they don’t know how to act. I’ve been in Jakarta, Indonesia. That was kind of cool; I mean it’s a kind of a weird place because it’s poor…