We are pretty excited to be helping bring a very good show in Montreal including B.Lewis, a talented up and coming producer from San Jose who we love here. (Event details here). He took a few minutes while on tour so we can all learn a little more about the talented artist behind that amazing production. 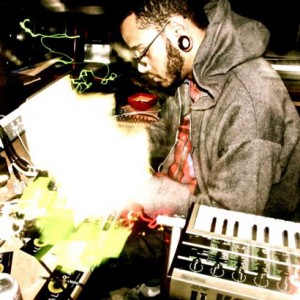 How did you get started in music production?

@BLewis17: I actually derived from a somewhat musical background, my father was a pianist, and I think that me being around that a lot of the time just enhanced my already implanted deep interest for sound in general. I had dabbled here and there in production, recording a few local bands and fooling around making some shitty electronic/hip hop beats. It all really started when I decided to make the jump to go to college for sound engineering at Ex’pression College. Although I did learn some somewhat useful information regarding mixing, mastering and everything in between the true start of “B.Lewis” was when I met my still very good friends, and also amazing producers, Insightful and Rufio.

They both were already doing the beat thing and it just sounded so ahead of its time and they both kind of guided me in the right direction in their own way. Rufio at the time was using and mpc1000 and insightful still to this day uses reason and they both basically showed me techniques and different ways to make music and that combined with me already having an already open mind to all music kind of built me the courage to take producing full on.

How do you describe your sound?

@BLewis17: I don’t like to categorize “beats” because it gets jumbled and people start to misinterpret and make up genres to replace old ones and forget about the actual music itself. But if I had to tell somebody if they asked and have never heard my sound I would say, basically it’s a combination of soul electronic hip hop and everything in between.

I don’t like to constrict myself to any genre because that, to me, limits what you are doing and what you can do. For example, I can sample an acoustic folk song or bossa nova type joint and flip it into some jukey trappy soul hybrid beat, and people will know where the sample (well some) but to hear it in a different context usually trips them out. Same goes for other shit I sample, I’m just trying to make thing the most interesting for me and I just hope people see it the same. 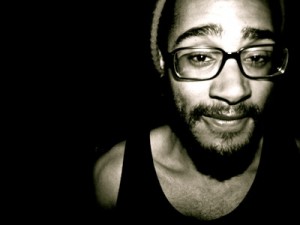 What was your first piece of music gear when you started out?

@BLewis17: My very first piece of music gear was a squire fender bass that my dad bought me probably when I was about 7 that I still use till this day actually even though it’s a little thrashed. But my first piece of actual recording gear was a Tascam 4 track tape recorder. And I really got some raw stuff out of that thing. I was mainly trying to make rock/alternative/indie kind of stuff at that time but it was a start for me. That’s where my interest in recording and engineering took.

What’s the biggest challenges of bringing studio productive to a live environment?

@BLewis17: The biggest challenge for me is making it entertaining and unpredictable, because anyone can just play beats off of a laptop and make it flow together. I’m still trying to incorporate other samples elements to take it to the next level but I’m always learning. If it’s entertaining for me and the crowds enjoying it then I’m doing something right, but there’s always room to improve and make it better.

However there are some artists who I think, OD on that tip where they think they need more and more and more. Then their live setup is hectic. I’m trying to implement just what I need and that’ll be enough for me to translate studio work to a live performance.

What has made the Cali beats scene so productive and influential these last couple of years?

@BLewis17: I think the LA beat scene had a big part in bringing the beat scene up to par I guess you could say. You had/have people like Flylo and PBWolf who did their thing and pretty much set a standard for what instrumental albums should be like. Although there’s not constrictions on what you can do because its your art and your creation but that sound was just so universal back then and it really made a strong statement, to me at least.

Do you collect anything besides music?

What are some of your favorite home listening records?

@BLewis17: When I’m just kickin it at home, I like to listen to downtempo kind of stuff to distress my mind. When I’m in music mode and I’m about to make something or dabble with an idea, I like to listen to something complex or something to get my mind going. I’m always on the Internet trying to keep up with all the new stuff people are constantly putting out and I’ll listen to that stuff as well.

One album / song that you like but kind of ashamed.

@BLewis17: I’ve written some songs about ex girls and emotional issues that are way corny, but it’s still kind of interesting to go back and listen to them. I’m not really ashamed of anything I’ve made, but there are definitely some beats I’ve made that I’ve listened to the next day and been like what was I thinking. 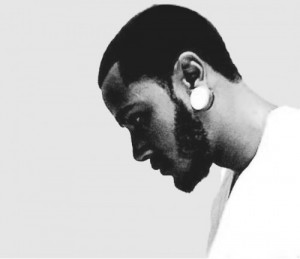 What is great about the music industry these days?

@BLewis17: What’s great is that there are so many new opportunities to collab and things are becoming way more accessible for the average producer or artist. There’s a constant push to make something fresh and innovative, which I love because it pushes myself, and I’m sure other producers as well, to try something new.

What is shitty about the music industry these days?

@BLewis17: It’s hard to get a break. There’s the whole thing where you can say, “talent is talent” and they deserve the success, which is great, but there’s also those people who have little to no talent and just “know people” and are successful off of just having that link itself.