Started in 2009 by MASSIVart, Chromatic Montreal is above all a generator of cultural experiences.

Whether visual, sound, or digital, they aim to celebrate the arts in all their forms, giving free rein to everyone’s sensibilities and interpretations. Throughout the year, the team deploys a series of events that promote local and international creative talents to help people discover or re-discover new artistic practices. Each spring, the excitement reaches its peak in the heart of a multidisciplinary festival where more than fifty artists and creators exhibit their works for a wide audience.

This year, Music Is My Sanctuary was asked to help curate the DJ lineups for both the opening and closing parties of the 2018 edition of Chromatic Festival. A few of the DJs playing were kind enough to provide some mixes to give a sense of what to expect musically. Let us be the first to tell you that they will not disappoint!

Montreal duo 99 Wolves, formed by ELMNT & Moses Belanger, took shape in 2015 when they decided to unite their musical worlds. Known for their eclectic productions as well as their energetic live performances, the duo has managed to get positive results in their respective circles.
Follow 99 Wolves

Pascale Project is based in Montreal and has been active in the music scene since 2008, releasing a few EPs and also playing numerous shows in North America and Europe. You can catch her at local clubs in Montreal or DJing on n10.as, always raising the dance up a notch. Her music is a fun-loving mix of House music with Pop sensibilities, lead by powerful and catchy vocal hooks with sincere lyrics. She is definitely a rising artist to watch out for!
Follow Pascale Project

Bowly (also known as OJPB), has a deep knowledge of wide variety of genres stemming from many cultures and backgrounds. His DJ sets follow a simple formula: track traces of the music he plays from the origins to their current forms.
Follow Bowly

Bonbon Kojak’s story begins in his birthplace, the Congo. Rocked by Congolese music in his childhood, Bonbon Kojak always seemed to gravitate towards rhythm and sound. He later decided to move to Johannesburg where he studied music in its many different forms. After arriving in Montreal, he became an active member of the Moonshine collective and has become known for his ability to juggle Afro-Electronic sounds and Global rhythms.
Follow Bonbon Kojak

Akpossoul, also known as Gabe Price, is a Montreal based DJ/Producer originally from Lyon, France. Active for the past four years, he has been associated with some Montreal’s finest house DJs. He describes his style as Afro Deep House, a genre blending elements from Afro Beat, Jazz, Funk, and Soul. He is a member of Hausbeat, an agency specialized in booking artists and event organization. Akpossoul is currently working on his first EP, to be released in mid 2018.
Follow Akpossoul 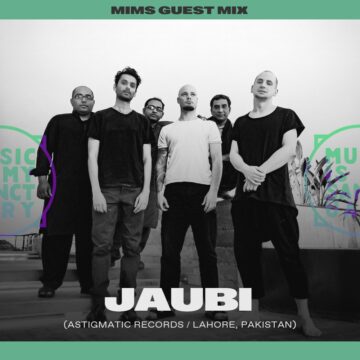