Tourist Kid pulls together disparate glitches and sound bites – items that on the surface wouldn’t readily seem fit for each other, and is able to make these unlikely pairings sound as if they were meant for no other combination. He takes things that would be considered by most as “unlistenable” and turns them into works of sheer sonic beauty.

“Crude Tracer” is the perfect listen for anyone who enjoys Ambient music, Electroacoustic and more experimental compositions, and at moments could also be considered within the “Modern Classical” realm. It shares the same intensity as the works of Tim Hecker, Thomas Walsh, or Moxus, but with less of an abrasive approach to the idea of being ’emotionally driven’.

We were able to dive into his vision by asking Australia’s Tourist Kid a few questions on how he does it.

What is the overarching ethos of “Crude Tracer”?

A great deal of the material that was written initially came as a response to being fatigued by the writing process itself, specifically from the homogeneous grid structure that exists within most DAWs and MIDI based sequencing. With this in mind, I wanted to create pieces that felt uneven, bulbous, tense, and most of all, vulnerable. This character exists within a lot of music and art that is important to me and can easily be lost within the tools used to create. This ideology informed the sonic palette used in the album too, so I decided on tones and instruments seen as emotionally potent that could easily slip into ugliness given the opportunity.

Do you draw inspiration from anything other than music?

I’ve always been drawn to colour as a factor that advises how I write. I don’t have synesthesia, so I’ve always approached it in more or less an impressionistic manner. Most people’s context on colour representation often depends on the surrounding culture and even then it’s inherently subjective, so the application of this to certain timbres, melodies, and frequencies can yield interesting results when applied to the emergence of colour in everyday life. Being Australian, the sun’s presence in life is important, but can also carry destructive side-effects like bushfires, heatstroke, and skin cancer. A small reminder of this relationship between human and sun is in the way UV radiation bleaches ink and dye, rendering it a streaky combination of white and cyan that you’ll often see on old posters and photographs in storefronts. Small elements like this ended up advising the release conceptually.

What is your usual process when writing music?

With previous releases I’ve mainly worked within the computer for sound generation, signal processing and editing, whereas this time around, I decided to compose with mostly hardware instead, using Ableton Live for multitrack recording and mixing. It wasn’t necessarily in an attempt to overcomplicate or pick a side in the “hardware vs software” debate, this method just felt easiest at the time. I’m not one to find the idea of advertised infinitude in a piece of musical equipment appealing; the more defined in purpose it is, the easier I find it to place within a sonic eco-system, also the easier to bend it to a point beyond its original character.

How would you classify the type of music you make?

In the interest of simplification and fun, I call my music “Computer Shoegaze” with tongue firmly in cheek. In an ideal world, it’d be nice to not have to rely overall upon a strict system of classification for music. Being someone who produces music rather than distributes / documents it, it’s not really my place to worry about genre constructs and with that it in mind, I find it easier to concentrate on music. 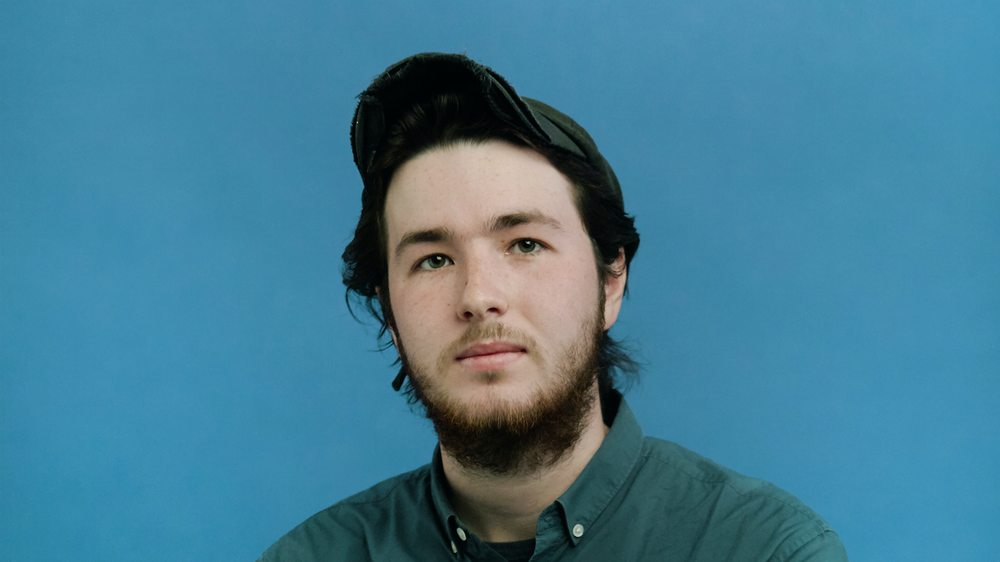 What was the hardest part to get right when creating “Crude Tracer”?

For me, there wasn’t much really in the process of creating this release that was necessarily challenging. Procedures like mixdowns and checking masters are always going to be a task that requires intense concentration and judgment, but the factor that took a fair amount of consideration would probably be the tracklisting. The process of defining a listening experience to a collection of songs taken from a larger pool whilst also making sure it adhered to a certain amount of minutes per side on a vinyl disc cut at 33rpm felt like a puzzle at times, but a sweet spot was mutually agreed upon. It was satisfying to say the least.

Why is Melody As Truth a good home for this project, and how did you come into contact with them?

In 2016 I played a show with Jonny (of Melody As Truth) in Perth and kept in touch from that point. Last year, I sent through a collection of music I had been working on at the time and we went from there. I feel privileged to be able to release with MAT because they put a great deal of consideration and care into each release they do. I have been a fan of their output and overall aesthetic for quite some time.

If we’re throwing realistic listening conditions out the window… I’d push for installing a quadraphonic system in a large, dark anechoic chamber with a jacuzzi installed in the centre, set to mild bubbles & your soda water of choice within arms reach. If you can’t achieve this, listening on headphones or your favourite set of speakers will do fine.

How do you see this material translating to a live setting?

I’ve become annoyingly fussy about playing live lately, so I haven’t entertained the idea that much, but it is something I would like to do later on in the year. The last few shows I’ve played I’ve been using a eurorack system as an FX processor and have been taking more of a ‘dub’ approach to playing. It would be close to impossible to try and recreate the work from scratch in a live environment. With shows I do in the future, I’d like to move away from the laptop and gravitate more towards more of a stew of real instruments and ‘fake’ (MIDI wind instruments, electronic hand percussions etc). This isn’t to imply that the laptop is the problem… in most instances I strongly dislike the idea of a performative presence being a necessary compensation for the stigma attached to laptop music. There’s just a strangely freeing quality I’ve found in the mutability of these tools.