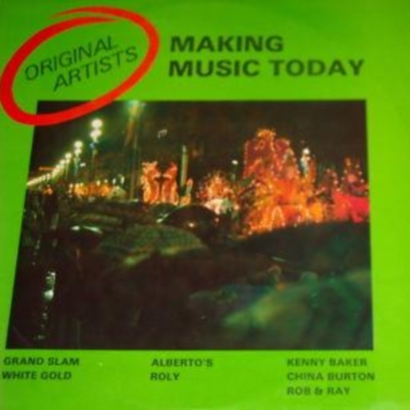 Disco is a tricky genre to explore. On the one, hand it’s a natural progression from soul harmonies into a slick, slightly overproduced approach to incorporating new musical technology. On the other, the sound quickly evolved into a formulaic strings+handclaps +4/4 beat, paint-by-numbers way for record companies to capitalize on a dance trend. Thus, a lot of labels popped up unleashing a massive amount of 12’’ that can be found overcrowding today’s record bins. It takes some patience to needledrop dozens of cheezy singles before uncovering a special record, but when one does, the disco era finds itself thoroughly vindicated.

China Burton’s You Don’t Care (About Our Love) is the epitome of disco gold in the sense that it embodies all the elements that define an amazing disco/boogie 12’’. Burton, much like Van McCoy is a songwriter who used the disco boom to come out with his own music. Although his output was much sparser, Burton did manage to release one single on the Logo Records label. The song itself is simply majestic : soaring string arrangements that don’t overpower the solid vocals/hook are sustained by a solid head nodding, hip shaking beat. But, as with every disco track worth its weight, it’s all about the breakdown and with this song the overdub effects and guitar riff simply put it over the top, into another stratasphere. It’s no surprise that a deep-disco record like this fetches top dollar. Indeed, Logo was a small british label that tried to ride the disco wave and had very small runs of their releases.

Beyond the music, what makes this record special to me is the way I got a hold of it. I loved the track ever since DJ Day had shared a rip with me, but the price point and scarcity made it seem unobtainable. Anyone digging these sounds is used to wadding through endless comps of poorly pressed generic disco, where labels used to dump their popular and less popular singles. Well to my surprise, while looking through Angolan/Brazilian records in Dakar, I found a Portugal only release compilation of Logo tracks. The generic cover and title (Original Artists Making Music Today) had me almost flip right through it but thankfully, the Logo connection got me intrigued and I did a double take when I saw China Burton’s name. The rest of the compilation is almost painful to listen to, but having a vinyl copy of this disco bomb makes this one record I will cherish and spin for many decades to come. God bless the disco era, for like all things cheezy, the generic stuff is bland, but the cream of the crop is a tasty delight. In the case of this gem, it’s an aged roquefort of musical bliss.