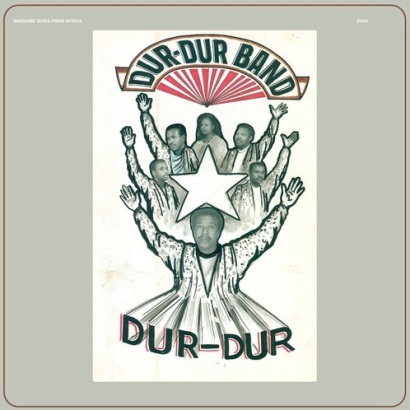 You know when you are just scanning through hundreds of songs and albums just to find one you actually like. And with every track that passes you become more and more depressed because nothing is jumping out at you. Sometimes, listening to songs that are a 7/10 becomes as dreadful as listening to something that is a 1/10. (Or maybe it’s just me). Then, something comes along and just kicks you in the ass… or in the ears.

“Dooyo” by Somalia’s Dur-Dur Band was by far the track in my 2 hours of research with the absolute lowest sound quality but boy does it make up for it in feeling with an absolute killer groove.

Courtesy of the good people at Awesome Tapes from Africa, this is another treasure that has pretty much never been heard outside of Somalia. A total revelation, spanning ecstatic high-life, gritty funk and killer leftfield pop styles, but delivered with an economy and precision that’s just completely righteous and commanding.

via Awesome Tapes From Africa: Dur-Dur Band emerged in the 1980s, during a time when Somalia?s contribution to the creative culture in the Horn of Africa was visible and abundant. Seeking inspiration outside the impressive array of Somali traditional music that was encouraged at the time, everyone from Michael Jackson and Phil Collins to Bob Marley and Santana were fair game. This recording, which was remastered from a cassette copy source, is a document of Dur-Dur Band after establishing itself as one of the most popular bands in Mogadishu.

The challenge of locating a complete long-player from this era is evidenced bythe fidelity of this recording. However, the complex, soulful music penetrates the hiss. In a country that has been disrupted by civil war, heated clan divisions and security concerns, music and the arts has suffered from stagnation in recent years. Incidentally, more than ten years after Volume 5 (1987) was recorded at Radio Mogadishu, the state-run broadcaster was the only station in Somalia to resist the ban on music briefly enacted by Al-Shabab. Dur-Dur Band is a powerful and illustrative lens through which to appreciate the incredible sounds in Somalia before the country’s stability took a turn.