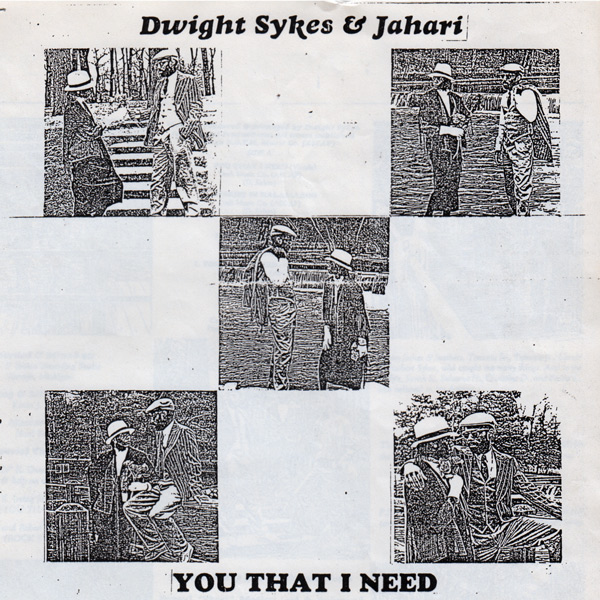 “When Dwight Sykes gets down and dirty repairing one of the trucks for his father’s refuse business, he thinks as much about cranking out songs as he does fixing a crankshaft. He has a dream and he figures he can write his own ticket to a recording contract.

Kalamazoo isn’t the kind of place where a musician can make a living indulging his creative instincts. Most musicians in town have day jobs, and they play the clubs or parties or dances at night in their spare time. Sykes, 31, has been in and out of the local music scene for several years. Currently he fronts a trio of singers who go by the name Jahari. The group, originally a quartet, released its first album on a custom label three months ago. He’s been writing music ever since the 1960s, when he was a member of the junior version of the Church of God in Christ’s Airs of Harmony gospel choir.

He learned how to play guitar when he was a students at South Junior High School and played in a variety off Top 40 R&B groups including the Kenyatahs. A two year stint in the Army put a hold on Dwight’s musical aspirations, but the flame rekindled when he returned home in the mid 1970s and by 1981 Skyes formed his own band Jahari (link). Things have been hit and miss since then. Ego conflicts, romantic entanglements and fluctuations in the local club scene put Jahari through various incarnations. A 1984 version got some area radio coverage with its single, “Situations”, a song Sykes wrote about the various obstacles that can trip up a relationship. Sykes, a Sade fan, says he prefers a slow sensual ballad to a house rocker. “I’m more or less a ballad man” he says. “The uptempo stuff is the hardest to write”. “I’d like to get out there singing, but it ain’t my priority. Getting my songs recorded is.”— Excerpt from Kalamazoo Gazette February 7, 1988 by Entertainment Writer Doug Pullen “For making it big, you can’t get there from here”

30 years later PPU releases the outakes from the Jahari sessions. Transferred from 1/4 reel direct to vinyl. Included is the original 7” version of “Situations” and two house rockers (as dwight would call them) “Fire & Desire”. Dwight now resides outside of Atlanta, still making music, still making videos. Dwight and I met on youtube (link) of all places. He sent me some unreleased material and VHS tapes for our PPU VIDEO PARTY DVD (link) compilation series, but the footage was too good, he’s getting his own personal DVD release. — Andrew Morgan Peoples Potential Unlimited 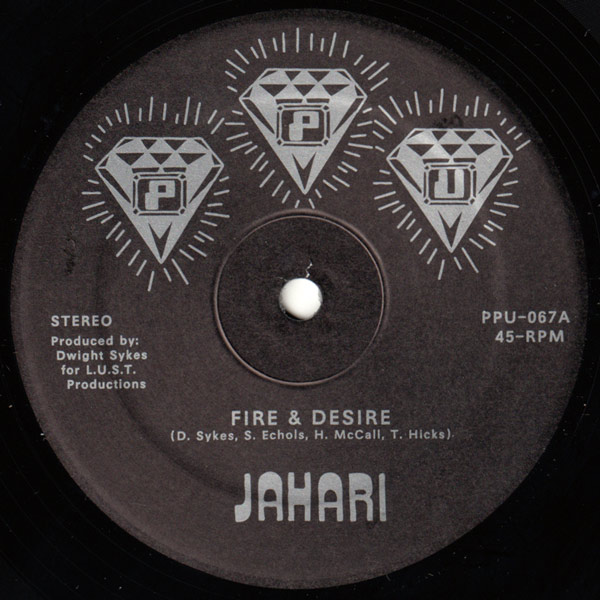 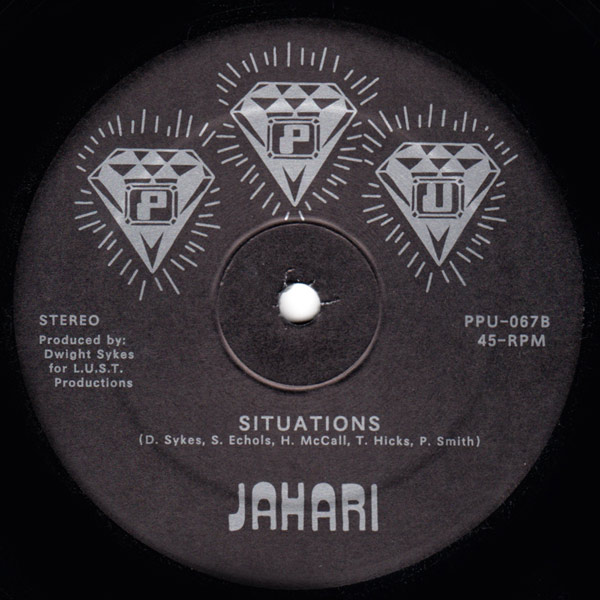