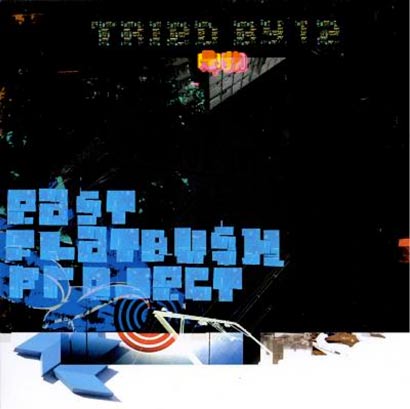 When I was 17, I used to hangout with a guy named Fat Steve who lived in a suburb of Montreal called Cote-St-Luc. We’d chill in his bedroom at his mom’s house and listen to rap music after school. He had the fattest cat I’d ever seen in my life, and was obsessed with Quasimoto and DJ QBert.

Countless afternoons were spent listening to DJ Babu and whatever rap music he was into, and I’d sit there and watch him attempt scratching on his turntables. I learned so much about Hip-Hop because of Fat Steve and he is the reason why I love Black Moon and Madlib. Clearly those hazy high school days are long behind me, however I can not dis-associate the music I was introduced to from those times. 90’s rap has aged so beautifully to me, and I doubt I’ll ever stop enjoying it.

Tried By 12 was one of those songs on the first volume of DJ Babu’s The World Famous Beat Junkies series (1997) that almost two decades later, refuses to fade from my mind. No dialogue is necessary to justify the lyrical freshness of this track, it’s a given that any hip-hop head knows what I’m talking about.

Spencer Bellamy, from Brooklyn NY, was East Flatbush Project, and he cleverly sampled a song by Odetta Holmes called Sakura (link) off her Japanese inspired album. Odetta (1930-2008) was an American singer-songwriter and human rights activist and was referred to as the queen of American folk music by Martin Luther King Jr. I mention this because Bellamy made use of a beautiful song from an inspiring and extremely accomplished female musician; check out her work.

Recently, I had the pleasure of acquiring the Ninja Tune vinyl release of the Tried By 12 Remixes and I wanted to share my two favorite ones. Obviously nothing compares to the original track but I think these two are worthy nonetheless.