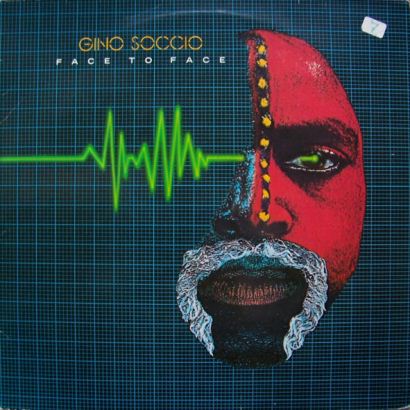 I love listening to Gino Soccio. If you want to get into Italo Disco but don’t know where to start, I’d say Gino Soccio should be one of the first thing you get your hands on. Fellow MIMS writer Matt Englund already highlighted this under rated disco monster with his song, You Move Me and I too, would like to express the importance of Soccio in your Disco collection.

Born in Montreal, Gino Soccio grew up in Westmount and produced Italo Disco music from the 1970’s to the mid 80’s. What separates Mr. Soccio from the rest is that he manages to successfully produce numerous hits, the quality of his albums as a whole are great, and his music remains to be influential to many today. He is a staple to any Disco lover and I am the proud owner of 3 of his albums and a few 12” singles and I think they’re all spectacular.

His album, Face To Face, released in 1982 on Atlantic Records, is one of my favorites and features a few of my top Soccio picks – among them is Who Dunnit?. This track has a heavy bass line, funky guitar riffs with soulful female vocals (as found in most of his jams) and makes me stomp my feet without fail. It is a classic song.

What’s strange about this Italo legend is that there is very little information about Gino Soccio or where he could be today. Friends and I have always wondered where and what Mr. Soccio could be doing right this moment. Was he the old eccentric Italian man with the big gold chains sitting next to us at café Italia having an espresso? Have we been walking past this musical wonder on the streets without even realizing it? It’s a complete and utter mystery to me!

Also, check out  the Megamix below of his hits compiled and mixed by Soccio himself
1. Dancer
2. Try It Out (Instrumental)
3. It’s Alright

Play: Gino Soccio – Get It Up (Danse Exercise Vol 1)